Understanding off-the-plan apartments: What should you consider?

Understanding off-the-plan apartments: What should you consider? 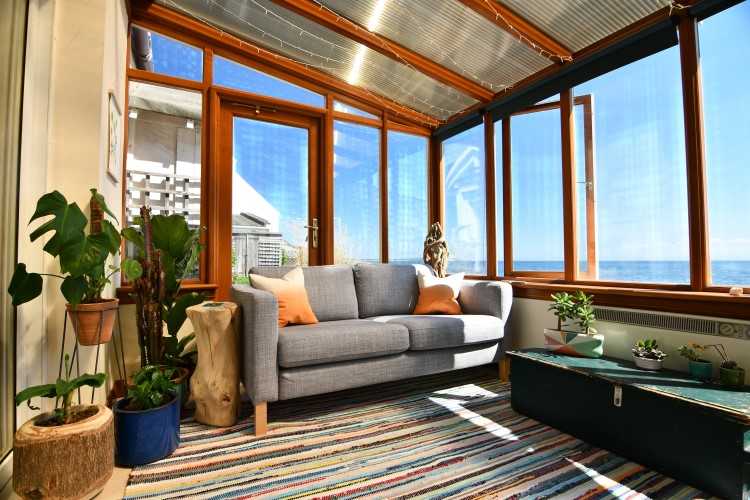 It can be a little unnerving to take a moment to imagine that you’re about to secure your hard-earned cash deposit against a property that isn’t tangible or able to be treaded through; just yet. But despite your new apartment hanging in thin air, three-floors up, there are a few reasons as to why many buyers have been confident to purchase off-the-plan.

Opting into an off-the-plan apartment may allow a buyer to save for a smaller cash deposit, secure a competitive price if the current market calls for it, and go bespoke by calling the shots on certain aspects in the apartment’s design and finishes. Do you prefer the windows to face a humble shared courtyard, a dazzling city skyline, or a magnetic mountain range? Even choosing the view becomes possible.

Whilst Peter Koulizos, Property Investment Professionals of Australia (PIPA) chairman and lecturer in property at UniSA Business School, says that the benefits of purchasing an off-the-plan apartment are quite numerous for the first-time buyer, he discusses a number of risks that deserve just as much of a buyer’s attention.

What are the benefits of purchasing an off-the-plan apartment?

“Firstly, most state governments are offering first home owner assistance to buyers of new property only. Secondly, it will be cheaper to buy, as apartments are quite small on very small plots of land, so [the first-time buyer doesn’t] have to save a huge deposit,” Koulizos shares.

“Finally, the stamp duty will be relatively low as it will be paid based on the value of the land, rather than the value of the whole property. This all makes buying an off-the-plan apartment more achievable than buying a house.”

In fact, whilst the amount that a buyer will be required to pay towards stamp duty (otherwise known as land transfer duty) varies from state-to-state and the market value of the property, there are concession rates available for not just the first-time buyer, but also if the property is being bought off-the-plan. This can work to save the buyer thousands of dollars in stamp duty.

Furthermore, there is the added comfort of time. In New South Wales, for example, the stamp duty on an off-the-plan property can be postponed for up to 12 months following the signing of the agreement, according to the NSW State Revenue Office.

Another pull towards purchasing an off-the-plan apartment is that buyers can expect to have some say in how the apartment is to look, specifically with the types of finishes it will be adorned with. However, as Koulizos explains, the desired finishes will need to be of a similar quality or standard as those that are already on offer by the developer. “Otherwise, a higher price will need to be paid for the apartment,” he says.

What should a buyer be mindful of when purchasing an off-the-plan apartment?

“Firstly, the specifications can be changed by the developer, and if the changes are considered insignificant by the developer, they don’t need to notify the purchaser. This can include reducing the size of the apartment and/or a small change in the design or layout of the apartment,” Koulizos says, also advising buyers to become well-versed on what constitutes a “minor amendment” in the sales contract.

Gaining the professional advice of a property lawyer, and having them read over the sales contract is recommended, because often “these contracts are in favour of the builder or the developer”, Koulizos explains.

He adds that there is often no guarantee that the display suite is going to mirror the end result.

“Secondly, as building a block of apartments is a bigger project than building a single house, the delays can also be bigger, which means that the buyer may not be able to move in as soon as they thought they could,” Koulizos says.

The most important point that Koulizos raises is the way in which buying an off-the-plan apartment can affect a buyer’s future purchases; potentially reducing a first-time buyer’s chances of moving into a second, or more spacious home.

“New off-the-plan apartments are notorious for having limited or negative growth, and if your first home doesn’t grow much in value, you don’t have much of a chance of moving into a more expensive second, or subsequent home later in life,” he warns.

If a buyer is planning on upgrading to a bigger or higher-valued property in the future, Koulizos recommends that they expand their options and refrain from buying off-the-plan.

“Like new cars, new apartments go backwards in value over time initially, as the building depreciates in value,” Koulizos says.

“If money is an issue and first home buyers need to buy a small dwelling, they are better off buying an older style flat or unit in a small group of low rise units where there is better chance of capital growth, and consequently, a greater chance of upgrading to bigger and better homes later in life.”

How can the development process of an off-the-plan apartment impact a buyer?

There’s a lot that comes into play when an apartment complex is being built from the ground up, and Koulizos says: “A buyer needs to consider a number of points very carefully before purchasing an off-the-plan apartment, especially in a location where there is lots of vacant land and currently not many other apartment blocks.”

If there are plans in the pipeline for a high volume of apartments to be developed in the same location, this will work to increase the overall supply of apartments in that certain area, which Koulizos says will “put downward pressure on the price of the apartment”.

“This could be an issue even before the buyer settles on the apartment because if the bank thinks that the value of the apartment has dropped during the time it took to construct the apartment, the bank will expect the buyer to put in more equity,” he explains.

Can you purchase an off-the-plan apartment with a smaller deposit?

In some cases, an off-the-plan apartment can be secured with a 10% deposit, but Koulizos says that this will depend on the size of the apartment, its location, and the lender in question.

The PIPA chairman shares that banks can consider buying a new apartment in a high-rise complex as quite risky – especially if the property is located in what they feel to be an already over-supplied market – and as a result, they have implemented a number of measures to protect themselves.

“The deposit required to buy a new or an off-the-plan apartment will often be higher than when purchasing a house or an older style flat or unit in a small group of apartments,” Koulizos says.

“In some cases, banks won’t lend money to prospective purchasers of new or off-the-plan apartments if the bank has already lent money to many other purchasers in the same block of apartments, and/or if [the apartment] is in a particular suburb where many other high rise apartment blocks are being built.”

The PIPA chairman adds that most banks won’t approve loans for tiny apartments, typically for dwellings that happen to be less than 45 square metres in size.

What impact has the recent rise in building defects had on the market for off-the-plan apartments?

Koulizos acknowledges that the Mascot and Opal Towers incidents, which saw residents evacuated due to structural defects, has left a bruise on the off-the-plan apartment market.

He says that the recent turn of events has “shone the spotlight on apartment blocks, but for all the wrong reasons”.

“Insurance is obviously a big consideration, and as each state has slightly different rules when it comes to building insurance and consumer protection, [a buyer] should contact their local consumer advocate and ask for advice,” Koulizos says.

“This negative publicity will affect apartment owners for a while, especially those who own apartments in Mascot and Opal Towers. People are less likely to buy this type of apartment – this results in less demand for apartments, which consequently puts downward pressure on apartment prices.”

To read more on investing on apartments, click here: Investing in a serviced apartment