Brisbane house prices fall for the first time since August 2020

Brisbane house prices fall for the first time since August 2020

The current downturn is spreading and is close to the levels seen in the 2008 GFC. 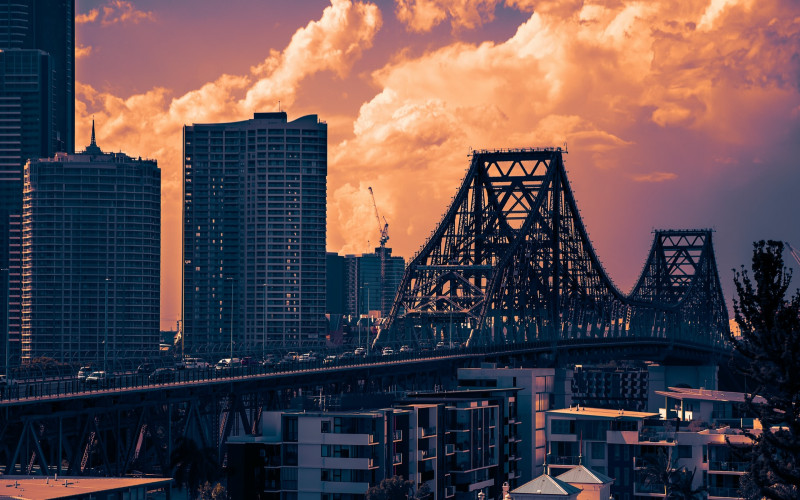 Brisbane, once one of the strongest markets to weather the current downturn, has now recorded its first monthly decline since August 2020.

Figures from CoreLogic show a 0.8% decline in Brisbane’s dwelling prices in July, following the marginal growth of 0.1% recorded in June.

Interestingly, house prices led the overall downturn in Brisbane, hitting a 1.1% drop to $884,336.

Despite the current decline, dwelling prices in Australia are still 8% higher than a year ago.

CoreLogic research director Tim Lawless said the expected further increases in the cash rate will likely accelerate the declines in the coming months.

“The rate of growth in housing values was slowing well before interest rates started to rise, however, it’s abundantly clear markets have weakened quite sharply since the first rate rise on May 5,” he said.

Mr Lawless said the current rate of decline is now comparable with the onset of the global financial crisis (GFC) in 2008 and the sharp downswing in the early 1980s.

“Due to record high levels of debt, indebted households are more sensitive to higher interest rates, as well as the additional downside impact from very high inflation on balance sheets and sentiment,” he said.

The overall downturn in dwelling prices is now also apparent in some regional markets that have shown strength over the past two years.

In fact, CoreLogic’s regional index showed a 0.8% decline in July, the first recorded drop since August 2020.

Most of the major regional centres adjacent to Sydney, Melbourne, and Brisbane including Geelong, Ballarat, Illawarra, Newcastle and Lake Macquarie, and the Southern Highlands & Shoalhaven, the Gold Coast, and Sunshine Coast also recorded a decline in home values over the quarter.

This marks the end of nearly two years of significant capital gains.

While regional markets still outperform their capital city counterparts, Mr Lawless said these declines indicate that the former is not immune to falling home values.

“Dwelling values across CoreLogic’s combined regionals index were up 41.1% from the pandemic trough to the June peak, compared with a 25.5% rise across the combined capitals index,” he said.

“The stronger growth reflects a significant demographic shift towards commutable regional markets, which is likely to have some permanency as more workers take advantage of formalised hybrid employment arrangements.”

Rate hikes likely to be short but sharp

Mr Lawless said with the best-case scenario even for the current forecast of the cash rate rising mid 2% to the early 3% range, variable mortgage rates will roughly double from their current levels.

“As borrowing power is eroded by higher interest rates, and rising household expenses due to inflation, it’s reasonable to expect a further loss of momentum in housing demand,” Mr Lawless said.

However, Mr Lawless said the hiking cycle could be relatively short and sharp, with some forecasts seeing rate cuts through the second half of the year.

“When interest rates start to stabilise, or potentially reduce next year, this could be the cue for housing values to find a floor,” he said.

“Similar to the trajectory of the upswing, this downswing phase could be a short but sharp one, depending on how high and fast interest rate settings go.”

Photo by @concorth on Unsplash