A new suburb will be built in west Melbourne

A new suburb will be built in west Melbourne

Mount Atkinson will become home to more than 22,000 people over the next 15 years 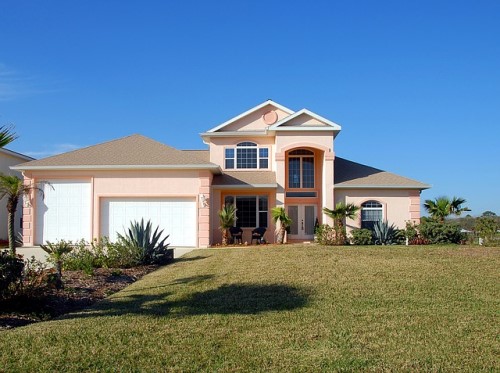 The construction of a new suburb in the western part of Melbourne will begin before the end of this year, with plans to build 8,000 homes, four new schools, and a new railway station in the pipeline.

Dubbed “Melbourne’s newest master-planned residential community,” Mount Atkinson is set to become home to more than 22,000 people over the next 15 years. Situated 23km from the city centre, Mount Atkinson is part of the Andrews government’s aim to rezone 100,000 lots of land in growth corridors by the end of 2018. The new housing lots will create 17 new suburbs in outer Melbourne and is projected to boost housing affordability.

Mount Atkinson Holdings, the developer behind the new suburb, will fund the building of two state schools and provide the land required to build a future train station, which will be on the Ballarat - V/Line service. However, the developer has not guaranteed that either the schools or railway station will be ready by the time residents move in.

The state government hopes to avoid a repeat of the numerous delays that have plagued train stations in other growth areas, such as Caroline Springs.

“Certainly we want to ensure the timely delivery of the railway station as part of the development of this precinct going forward,” said Planning Minister Richard Wynne. He added that the government is committed to ensuring that new suburbs are well-planned and serviced by adequate infrastructure.

Daniel Bowen, spokesperson for the Public Transport Users Association (PTUA), said it made sense for the new suburb to be aligned with an existing railway line. “But [the government needs] to pull their finger out to ensure the station and services are provided as residents move in. It’s no good upgrading the service 10 or 20 years later,” he said.

A planned upgrade of the Ballarat line would see the railway track duplicated between Melton and Deer Park in order to ferry more trains and passengers.

Lastly, a large industrial and commercial hub in the precinct will provide an estimated 18,000 full-time jobs, according to an assessment of the project by KPMG demographer Bernard Salt.