The higher clearance rate, however, came with lower auction volume. The number of homes taken to auction across combined capital cities this week was down to 1,529 from 1,615 homes last week.

Sydney had the most successful week in terms of clearance rates. Of the 522 homes listed in the New South Wales capital, 83.1% were successfully sold.

In terms of auction volumes, Melbourne recorded the highest number of homes put into auction at 769, which returned a clearance rate of 76.6%.

Of all homes that were put into auction, 1,047 were detached dwellings, and the rest were units. Houses had a higher clearance rate at 77.8%, compared to 75.3% for units.

The table below shows how each capital city auction market performed this week: 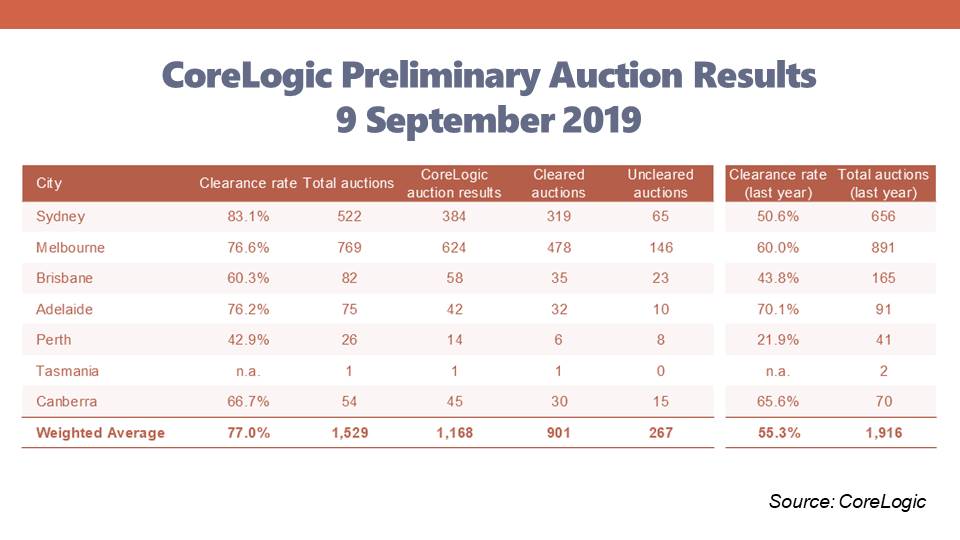