Should you consider using a Non Bank Lender?

Should you consider using a Non Bank Lender? 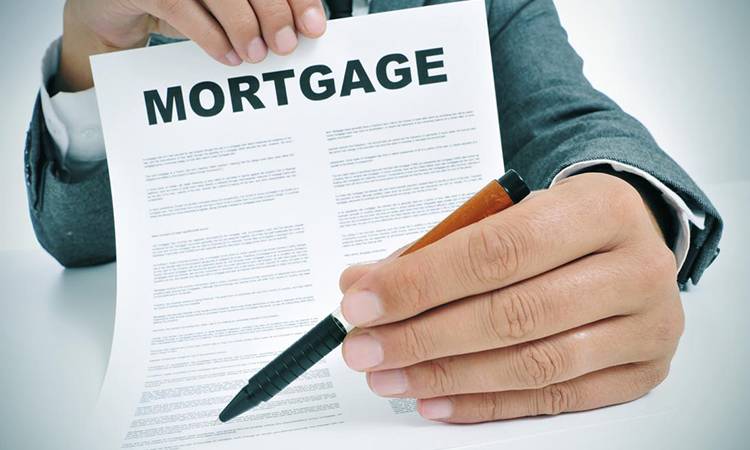 Of course, these lending restrictions are in part because of the macroprudential controls introduced by APRA, but it doesn’t help that our major lenders are having an unprecedented moment where the headlines about them are generally of the bad variety.

After years of pretty much doing what they want, it seems, the Banking Royal Commission has shone a light on some of their less than savoury practices.

The thing is, the inquiry when coupled with lending restrictions has resulted in more and more homebuyers and investors having to now consider alternative funding options.

And, when I say alternative, I mean using non-bank lenders.

But now that the Royal Commission has released its recommendations, while the banks are not being asked to further restrict lending, they don’t seem in a hurry to loosen their purse strings either.

So what are non-bank lenders?

Compared to many other countries Australia has a sophisticated, competitive and profitable financial sector and a strong regulatory system.

I remember the days when you had to have a savings history with one of the big banks to get a loan, then slowly with deregulation a number of smaller banks cropped up as did credit unions, building societies and mutual banks, which provide limited banking-type services.

These are all what are called Authorised Deposit-taking Institutions and are highly regulated.

Further deregulation in the 1990’s led to a number of non-bank lending institutions the like of Aussie Home Loans entering the market and offering lower home loans rates than the banks.

These were home loan providers who are not authorised to accept deposits from customers, but who have sourced their own funding that they can lend to borrowers and they drove much-needed competition in Australia's mortgage market.

How do non-bank lenders work?

Non-bank lenders are less prevalent today than they were prior to the GFC which led to a drying up for funding for many of non-banks that disappeared from the landscape.

But the cycle has moved a full circle and today more borrowers are considering non-bank lenders, who are certainly making the most of the big banks woes and are using the current conditions to secure a bigger market share.

They are able to do this because they are not beholden to APRA’s lending restrictions given they are not authorised deposit institutions (or ADIs).

In the past, non-bank lenders were often viewed as the last resort, but this is certainly no longer the case.

Whereas, previously, they had a reputation – rightly or wrongly – as lenders for people will bad credit histories, it’s clear that they are creating a new persona that can benefit borrowers.

And that means opportunities for investors who want to make the most of the current softer market conditions.

Today non-bank lenders are financially secure institutions that must comply with the same consumer credit rules and regulations as the banks.

Many have a range of products and interest rates that are competitive with the big banks.

Fact is property investment is a game of finance with real estate thrown in the middle.

And it’s really much the same for home buyers who all need a mortgage to buy the home of their dreams.

Yet today restrictions on lending as the banks move to more “responsible lending” as well as restrictions on interest-only loans by banks has meant that some borrowers who would have qualified a few years ago are having their applications knocked back today.

While there does seem to be some evidence that these restrictions are being lifted because they have done their job – which was predominantly to slow down the rampant Sydney property market – the lending landscape still remains more difficult than once it was.

As well as lending restrictions, banks have also instigated a more stringent examination of potential borrower’s living expenses, which can have an impact on whether a loan application is ticked or flicked.

And while some previously solid applicants are struggling to secure finance, those who perhaps aren’t as attractive to the banks – such as the self-employed and investors with large portfolios – are often stuck on the sidelines completely.

And that means they are missing out on the opportunities that the current softer market conditions are presenting.

Yet savvy investors and buyers understand that just because one lender says no it doesn’t mean that their property dreams are dashed.

Rather, by working with a professional finance strategist they are improving their chances of success by targeting the lenders who are most likely to be open to their applications such as some of the non bank lenders.

Here’s why you may consider using a non-bank lender

The current softer market conditions in most of our capital cities means that there is less competition for properties.

And those buyers in the market are being more selective - they are only buying quality and discarding secondary properties.

And, of course, fewer competitors means a stronger negotiating position for those who are in the position to buy.

In fact, the current market conditions are optimal for smart home buyers and investors who can potentially secure properties for less than they would have paid a year ago.

Like so many things in life, it’s not all easy sailing, and that means that while the market is full of profitable prospects, you have to be able to secure finance to make the most of them.

And that is where some homebuyers and investors are coming unstuck.

They may have identified an amazing investment grade property or the perfect new home, but keep getting knocked back by lenders when they try to secure finance for it.

Sophisticated investors, on the other hand, are working with their team to ensure that that property becomes part of their portfolio.

By targeting non-bank lenders, they know they are giving themselves the best shot of their loan application being approved.

Plus, they are not overly fussed if they have to pay a slightly higher interest rate on the loan.

Well, they understand the opportunity cost will be far greater if they missed out on that investment grade property than temporarily paying a higher interest rate for it.

Think about it: if their $500,000 property loan is 0.5 percentage points higher than a major lender – who has said “no” anyway so it’s really a moot point – that means an additional annual expense of just $2,500 if the loan was 5.5 per cent.

Plus, in time, they can always refinance with the same lender, or to a different one, to secure a lower interest rate if they so wish.

At the end of the day, it’s not the interest rate that matters the most.

It’s the opportunity, and the ability, to buy investment grade properties when they are presented to you – which is today.