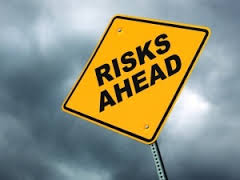 The decision of Australia’s three biggest banks to hike mortgage rates has been populating the headlines recently. Beyond the impact of this news on individuals, CoreLogic on Friday highlighted that this shift can prolong housing weakness in the country.

The Commonwealth Bank of Australia (CBA), Australia and New Zealand Banking Group (ANZ), and Westpac Banking Corp. (Westpac) all contribute to higher variable mortgage rates, which are seen to affect the market more distinctively compared to other rate hikes before.

CoreLogic research analyst Cameron Kusher noted that owner-occupiers are affected in this particular rate change. An aspect that is different from previous cases where only investors and those with interest-only mortgages were burdened by the repercussions.

Kusher relayed how a number of the smaller regional banks have raised mortgage rates for owner-occupiers over recent months due to higher short-term funding costs. However, major banks refused to follow suit even if they are also weighed down by the same factor.

According to CoreLogic, the cost of short-term funding has increased. It currently sits at 2.26% compared to the official cash rate which remains unchanged at 1.5% since August 2016.

Kusher reminded though that this is just only a very small portion of a bigger picture. “Short-term funding is not an insignificant part of the funding profile (slightly more than 20%), although the share of funding from short-term debt has fallen over recent years as domestic deposits have increased. “

“There are other ways to handle higher short-term funding costs rather than lifting mortgage rates but that would likely mean cutting dividends which lenders seem reluctant to want to do or reducing deposit interest rates which would likely see a further reduction in the primary funding source: domestic deposits,” he said.

Digging deeper, it was observed that the hike in interest rate is occurring at a time when tighter credit conditions, higher mortgage rates for investors and interest-only borrowers, and reduced affordability have already led to the falls of -5.6% from the peak in Sydney and -3.5% from their peak in Melbourne. When one puts the higher rates in the equation, the outcomes for the market may be worse.

In addition, the timing of the hikes to mortgage rates disrupts the common behaviour during the beginning of the Spring Selling Season. As one may know, lenders offer enticing mortgage rates to the market to push for market share at this time. This year, however, major lenders are announcing higher mortgage rates.

In hindsight, it is clear that increased mortgage rates could weaken demand for investors and affect housing market sentiment.

“Furthermore, it may end up further exacerbating the declines which are already occurring in Sydney, Melbourne, Perth and Darwin and the slowing of value growth being experienced elsewhere. Overall this move seems likely to lead to a continuation of the currently weak housing market conditions over the coming months and may weaken the market further,” Kusher said.