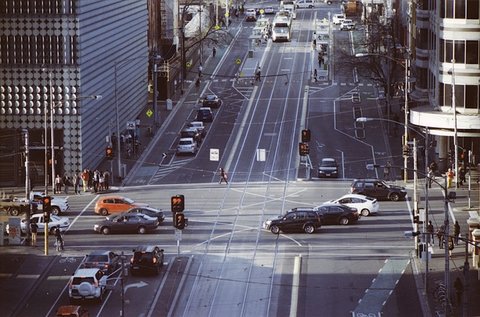 Melbourne—Australia’s second city—is undergoing a remarkable revitalisation. The city’s population is forecast to overtake Sydney’s in the coming decades, with many flocking to the Victorian capital to take advantage of the healthy job market.

The city has shed its former rustbelt persona, transforming itself into a hub for education and information technology. Melbourne’s new reputation has attracted firms such as Geli, a San Francisco-based software maker. The firm chose Melbourne as the location for its first office outside the United States because of the city’s growing sophistication.

“Melbourne and San Francisco share a stylistic and ethical vibe, and we believed the employees in our Melbourne office would immediately identify with the norms we have here at Geli. That gave us confidence that we were launching somewhere that was quite akin to our home base,” said Dan Loflin, CEO of Geli.

The rejuvenation has occurred in a state bereft of a mining industry and whose manufacturing industry was battered by a strong currency during the resource boom. Victoria has opted for services like education, and has become a leader in healthcare and associated sectors.

“This is a very diversified economy,” said Ian Harper, an RBA board member and senior adviser at Deloitte Access Economics. “Across agriculture, professional services, higher education – Australia’s higher education industry, particularly its exports of higher education, are based here in Victoria. So we have a significant broad base: health, education, high-end manufacturing, agriculture, financial services. It’s not surprising that this state is very, very strong.”

A strong housing and infrastructure boom

Melbourne is also experiencing a major housing boom. Prices in the city have nearly doubled since 2009, but at a 26% discount compared to house prices in Sydney, where first-home buyers are close to being priced out of the market.

The Victorian government also recently announced its plan to build 17 new suburbs around Melbourne’s fringe, with the rezoning of 100,000 housing lots within two years, to help accommodate the new arrivals. Indeed, five of the 10 fastest-growing suburbs in the country are located in Melbourne.

Victoria “invested earlier and better in infrastructure than much of the rest of Australia,” Deloitte Access Economics said in a report on the Australian states. “In turn, that made house and land packages on the outskirts of Melbourne rather more affordable than their equivalents in Sydney and Brisbane and Perth.”

To cope with the projected population surge, the Victorian government has begun a massive infrastructure development program. Deloitte estimates that the city has $48bn of engineering activity planned or underway.

“It’s obvious that the secret is out,” Loflin said of Melbourne’s best qualities. “If it was a secret then, the congregation of these companies and people shows you that it’s not anymore.”