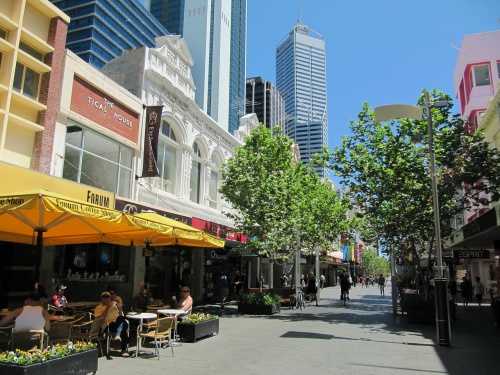 Real Estate Institute of Western Australia (REIWA) reported that the state’s capital saw its residential sales affordability improve in September, meaning that more home buyers were able to enter the market during the period.

Taking REIWA’s data into account, Perth’s median house and unit price should settle at $505,000, and $395,000 over this period, making  the median house price 1.9% and 1% lower than the median last June 2018 quarter and the past year’s September quarter, respectively.

“While quarterly median figures can be more subject to stock composition changes, the fact that the annual change is only 1% lower suggests that we are at or near the bottom,” REIWA President Damian Collins commented.

“While the worst of the market downturn appears to be behind us, the results of the September 2018 quarter reveal conditions are favourable for buyers and investors,” Collins further added.

57 areas tracked upward during this time, though, in terms of recorded median house price growth. These were headlined by Swan View, East Cannington, Como, Hillarys and Cottesloe. For the unit market, Maylands, Midland, Tuart Hill, Fremantle and Claremont had the strongest price growth.

Over the quarter, Perth registered a total of 6,428 sales, down by 4.9% from the June quarter.

Collins emphasised that there was little cause for alarm, given the circumstances during the period.

“It’s not uncommon to experience a decline in sales during the September quarter, with West Australians typically less inclined to search for property during winter. We tend to see activity slow during the winter months before increasing again as the weather warms up,” he said.

The good news?  Share of house sales in Perth has increased, with data showing houses now making up the74% of all sales, compared to 65 %at the same time in 2017.

“It’s a good time to buy, which is reflected in the fact a higher proportion of houses are now being sold. This shift in the composition of sales (houses, units and land) indicates buyers are more inclined to purchase a house than they might have otherwise been. This can be attributed to housing affordability improving across the metro area, which has made buying a house a more attainable property purchase,” Collins said.

More importantly, first home buyers remain active in the Perth market, as an increase in activity between the $350,000 and $500,000 price range was observed during the quarter.