Big predictions for the economy and property in 2019

Big predictions for the economy and property in 2019 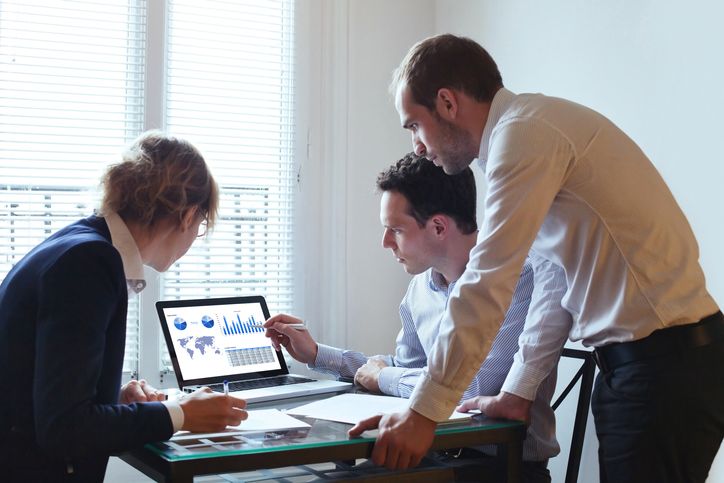 A recent report from the International Monetary Fund (IMF) warns of world-wide economic downturn ­– but the Government and two leading property experts weigh in on what waits ahead for the Australian property market – and it seems we may not face the brunt as prices are expected to take a steady ride up.

Whilst widespread debt, trade wars and economic dips in parts of Europe are listed as major factors at play for the IMF diminishing economic growth forecasts, locally felt struggles in Australia have come about from the drought, housing market decline and credit crackdown.

However, the IMF report and national shadows have not shaken the Federal Government, encapsulated in a speech delivered by Treasurer Josh Frydenberg, which assured Aussies they will not bear the brunt.

“Our economic plan with its focus on growth, productivity, and aspiration and budget repair, takes on an even greater significance as we navigate the currents ahead,” the Treasurer said, also stressing that if the Australian economy was to continue in strength, confidence had to be returned to the housing market.

But where do such hopes leave the housing market amidst dropping property values and tightened lending laws? Despite growing concerns, industry experts say it’s going to be on the up.

‘After a tumultuous 12 months for Australia’s property markets, 2019 looks likely to be a year of greater stability,’ says Domain economist Trent Wiltshire in a recent report – in which he reveals the market will continue to experience a softened dip over the next six months, before gearing up again ‘into another moderate growth phase’.

‘Solid population growth, low unemployment and low interest rates will underpin Australian property price growth in the medium term. More restrictive lending conditions will continue to weigh on prices in the immediate future. But eventually, borrowers will begin to adjust to this new normal,’ the Domain economist says.

A norm that sees Aussies adjusting to, and better understanding how much they are entitled to borrow and the length of time it can take to get a loan, both of which Wiltshire believes will lead to an increase in borrowing  – also ‘at a modest pace’.

When broken down in Wiltshire’s report, combined Australian house prices, which sat at an estimated -6% in 2018, are predicted to climb to 1% this year, before reaching 4% in 2020.

Even more growth is expected to occur with unit prices across the country, forecast to climb from -3% to 2%, then 3% in 2020. Property prices have been on a decline since 2017, and although having snowballed, stricter lending laws should be accounted for but a fraction of the cause.

‘Falling sentiment has a reinforcing effect on prices: as prices fall, buyers become more hesitant, further pushing down prices … Another factor at play is that lots of new housing hit the market after a high rate of new construction in the previous couple of years,’ Wiltshire says.

He also invites us to reflect on the upcoming Federal election, which could harm property prices, especially if the Labor party is to be voted into power. Wiltshire expresses concern over the party reducing the capital gains tax discount from 50% to 25% if they pull through, likely to be enforced by 2020 – leading to fewer investors being inclined to put their capitals into the property playfield. A leading real estate CEO weighs in on similar sentiments.

“Uncertainty about changes in policy, such as Labor’s proposal to limit negative gearing tax breaks to new investments, and halve the capital gains tax, will cause an extended period of stagnation,” says CEO of Starr Partners Douglas Driscoll in his market forecast for the year ahead.

In referring to the Federal Government’s challenges to adhere to the banking royal commission’s recommendations as a “balancing act” – for Government still also needs to “ensure that people are able to easily access credit” –  Driscoll warns that careful attention needs to be paid to the banks for their potential to “low ball buyers on valuations”.

“Anyone who is struggling to secure lending should contest the valuation. It is possible to request a second opinion, or alternatively, provide extensive comparative evidence for similar properties that have sold in the area,” he advises. Driscoll also delivers good news to property owners.

Those paying down mortgages should take advantage of Australia’s record low interest rates, which Driscoll says will continue to remain low into the first part of this year, and thus be of advantage to mortgage holders in the long run especially if they are willing to dig into their disposable incomes.

“It is advisable that homeowners pay down as much debt as they can while we have this advantageous environment,” Driscoll says. “Paying an additional $150 a month on a $600,000 loan could save a homeowner more than $10,000.”

Auctions have never been an Aussie’s favourite thing to do on a weekend, and according to Driscoll, many will be “too embarrassed” to put their properties under the hammer, largely due to auction clearance rates sitting at around the 50% mark. But he has faith, reminding sellers they “need to trust the auction process and know that several properties also sell before and after the actual auction day”.