Check out which regions bucked the trend 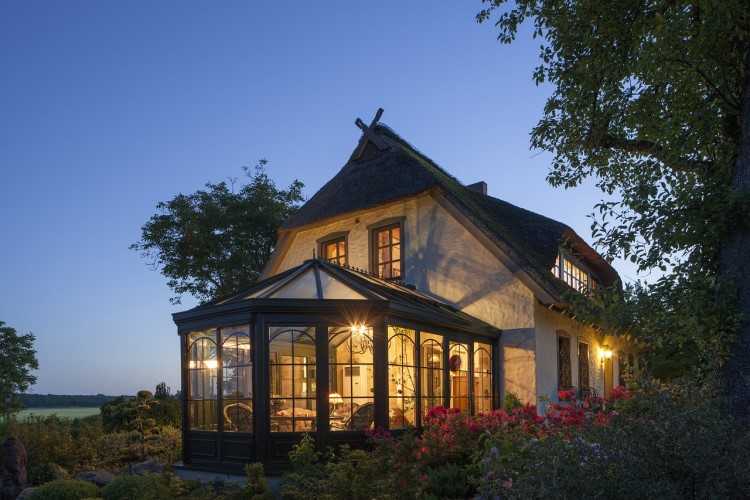 It was a lacklustre start of the year for the Australian housing market as house prices declined by 1% in January.

According to the latest CoreLogic hedonic home value index, housing prices across Australia have already declined by 6.1% since the market peaked in October 2017.

Sydney and Melbourne continue to be the centre of the housing-market weakness, recording respective declines of 1.3% and 1.6% over the month. Weaker housing conditions were also apparent across most capital cities, save for Canberra, which reported a slight growth of 0.2%.

The table below shows how each capital city performed last month, together with their quarterly and annual growth. 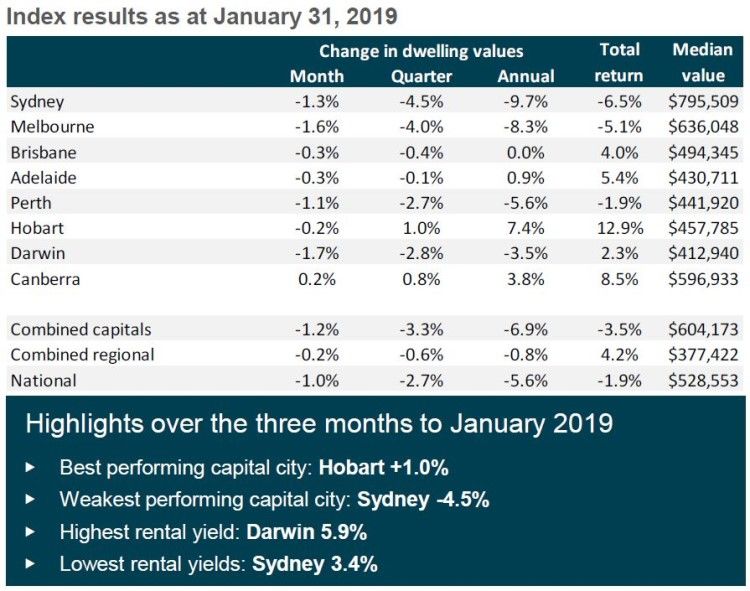 CoreLogic executive research director for Asia Pacific Tim Lawless said seven of the weakest-performing capital city sub-regions are in the Sydney metro area. The strongest sub-regions are located in Brisbane and Adelaide.

The biggest decline in dwelling values was recorded in Melbourne's Inner Eastern suburbs followed by Sydney's Ryde. The downturn is restricted to the inner and middle-ring suburbs of the two housing markets.

"The low rate of annual capital gain amongst the top-performing sub-regions highlights that even the areas with strongest capital gains are predominantly recording growth lower than inflation," he said.

The chart below shows the top performing capital and non-capital city regions. 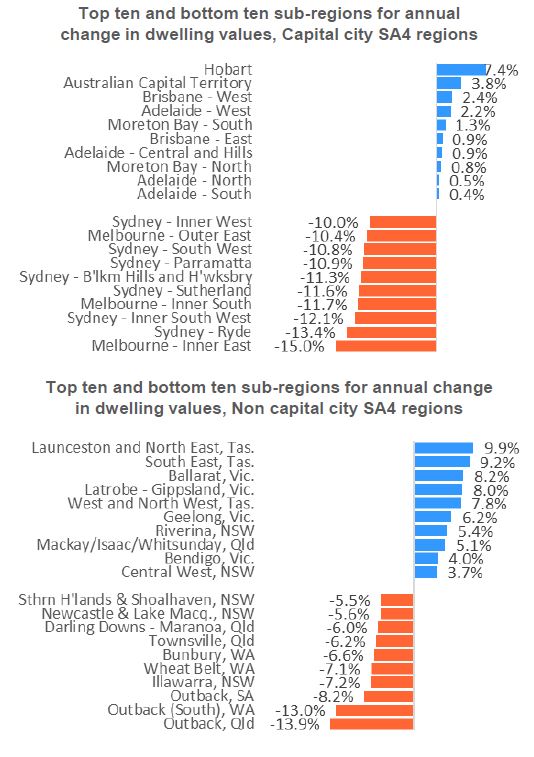