$85m worth of Canberra property was auctioned last Saturday

$85m worth of Canberra property was auctioned last Saturday 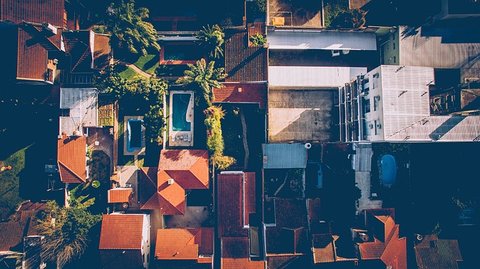 An estimated $85m worth of Canberra property went under the hammer last Saturday, making it one of the ACT’s biggest auction days on record, according to the Domain Group.

Ninety-six properties were scheduled for auction in the ACT and 12 in Queanbeyan. The properties on offer included modest townhouses, expansive homes in prestige suburbs, and a three-block package in Lyneham.

According to the Domain Group, the previous record was set last year when 92 properties were auctioned on the pre-Easter Saturday.

Canberra had a further 28 mid-week auctions and two were scheduled for Sunday.

Auctions are gaining popularity throughout the ACT

“An auction is the most transparent means of negotiating for ownership of a property,” Walker said. “The great thing for the seller is the property is sold at the fall of the hammer. There’s no uncertainty about whether the sale is going to proceed.”

Richard Luton, director of Luton Properties, said auctions had become the preferred method for house sales throughout all sectors of the residential market. “This year we’ve had record prices and properties selling well above reserve,” he said.

The competitive nature of the current market is attracting robust clearance rates in each region for all housing types, and a strong demand for large blocks is also driving the market.

“Because people are seeing a surge in property values they have a sense of urgency,” Walker said. “I can see it continuing in the short term. Blocks in the new suburbs aren’t as large as the established suburbs. Anyone wanting a decent block where their kids can play in the backyard are wanting to buy them while they can still afford them.”

Many homeowners think now is a good time to sell

“This year you would have thought there would be a tapering of numbers, as Easter is a month later compared to last year, but that hasn’t happened,” Wilson said. “It does characterise what a very solid market Canberra has been.”

Wilson noted that the first quarter of 2017 was strong, and many homeowners think now is a good time to sell. “There’s a sense of a rush to market, but certainly the results are there,” he said.“It’s not putting off buyers. Buyers are quite happy to keep those clearance rates ticking over and we certainly have strong [price] growth.”

“I think prices will continue to grow but I think … you’d be very heroic to expect another very big quarter like the quarter that we’ve just had,” he said.