The First Home Loan Deposit Scheme could be the biggest news in the housing market this year, particularly for first-home buyers. The program aims to help first-home buyers break into the market without the struggle of saving for the typical 20% deposit. 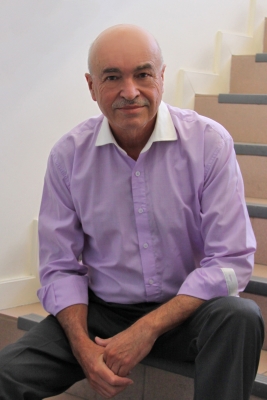 The scheme is planning to help 10,000 first-home buyers. While market watchers think this policy would not make any material impact on the demand of homes given the limit, there are still concerns that must be considered, especially for those who qualify for the scheme, said Prushka Fast Debt Recovery CEO Roger Mendelson.

"The loans will be up to 95% of the value of the properties, so the borrowers will have minimal equity. Thus, the default rate is likely to be higher than average for housing loans. When the deposit is so low and there is a default, interest will accumulate at the default rate, which is usually at least 2% higher than the normal rate," he told Your Mortgage.

In this scenario, a borrower's equity could be wiped out. The amount of the outstanding loan could easily exceed the property's value, leaving the borrower with no choice but to sell the property quickly. Otherwise, the borrower could end up with a debt owing to the fund.

"In high loan-to-value ratio loans, it is essential that the fund act quickly when there is a default to mitigate potential losses. The issue I see is that the fund is unlikely to be willing to act quickly due to political pressure and media focus on people being sold up," Mendelson said.

Should borrowers default on the loan, the federal government will be in a difficult position, given that it will ultimately serve as a guarantor.

"To protect the interest of taxpayers, the government fund will need to act promptly if there is a default and take steps to gain possession of the property and ultimately sell," Mendelson said.

Also read: Why some economists are cynical about the first-home buyer scheme

However, should the government take a soft approach in dealing with loan defaults, the result could be an influx of non-performing loans.

"It's easy to imagine the outcry though if the government takes a hardball approach in dealing with defaults, as the premise of the scheme is to help young Australians get into the market," Mendelson said.

Mendelson said that young Australians still have a chance to break into the market even without applying for the scheme.

"Buy something sound but unloved, in a good area. Don't wait, because interest rates are historically very low, and house prices, as a result, are climbing," he said.

Mendelson is hopeful that the government can further refine the policy to reduce risks and help more buyers achieve the Great Australian Dream.

"Until about 30 years ago, the Victorian government helped fund Housing Societies, which provided long-term, cheap loans to first home buyers. The scheme worked well, and the societies had the infrastructure to process applications and administer loans. Something like this would be a much better long-term solution," he said.