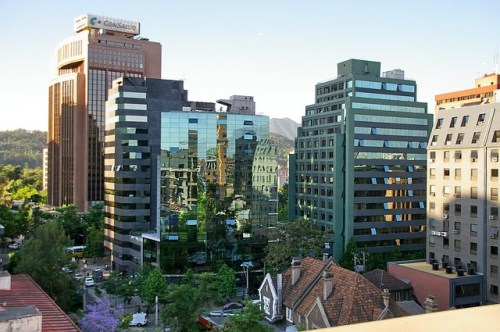 House prices in Australia’s most expensive markets have risen to dizzying heights over the past five years. To join the party, many Aussies have gotten themselves into more debt than ever.

However, the latest housing boom may be on its last legs. This begs the question: how should the federal government and regulators respond once house prices drop?

Markets are starting to cool

House price growth is beginning to slow in Sydney and Melbourne—the two epicentres of the most recent housing boom, according to CoreLogic. Mortgage lending volumes have also dropped, following APRA’s clampdown on interest-only loans. There are also concerns that apartment prices could tumble in parts of Brisbane and Melbourne due to oversupply.

Of course, no one can predict with absolute certainty what will happen to house prices from here on. However, past booms do provide some clues.

Past housing booms in Australia have tended to end with prices falling modestly, or flat lining for an extended period, rather than crashing completely. Sharper falls are certainly possible, as the US subprime mortgage crisis attests. However, such a scenario is highly unlikely in Australia, with regulators keeping such a tight rein on bank lending practices—though an economic downturn unrelated to housing could push the housing market over the edge.

Regulators are more concerned about households than banks

Since the US subprime mortgage crisis, commentators have tended to focus on the risks property market booms and busts pose to the banking sector. Higher levels of debt increase the risk of borrower default, which in turn would get lenders into trouble.

However, the risk of banking instability is relatively low, according to the Reserve Bank, due to the fact that relatively few households have high loans-to-total-assets ratios. Plus, Aussie banks have strong profits and are well-capitalised by international standards.

Regulators are more concerned that higher household debt could prompt a rapid fall in household spending. Research from the Reserve Bank shows that households with much higher debt levels are more likely to reduce spending if their incomes drop.

A rise in unemployment, perhaps prompted by a slowdown in the Chinese economy or a stuttering US recovery, would force many households to consume less and save more.

Even a relatively small rise in the interest rates paid by households would reduce their spending. If interest rates rose by just two percentage points, mortgage payments on a new home would cost more of a household’s income than at any time in the past two decades, according to the Grattan Institute.

While the Reserve Bank will only lift interest rates cautiously, another major disruption to international financial markets, similar to the global financial crisis, could see banks’ funding costs rise sharply, which in turn would raise mortgage rates.

How should policymakers respond to such risks?

First, the Reserve Bank needs to be extra careful should it feel the need to raise interest rates in the future, according to Brendan Coates, Australian Perspective Fellow at the Grattan Institute.

“Higher debt levels mean household spending is likely to fall more when interest rates rise than it did in the past. Perhaps the RBA should make smaller shifts in the cash rate – such as 10 basis points – to cushion the impact of future rate rises,” Coates said.

Second, the nation’s financial regulators (APRA and ASIC) need to be ready to clamp down on banks making risky loans if there are signs that lending practices are declining. However, lending shouldn’t be restricted just to bring down house prices, Coates said.

“Third, the Commonwealth Government needs get its fiscal house in order. Australia urgently needs a better budget position so we have more room to manoeuvre,” Coates said. “The Australian economy is particularly exposed: with interest rates at historical lows, there are limits to what the RBA can do to stimulate growth, so fiscal stimulus will be an important part of any response to a future economic shock.”