Around nine in 10 mortgage borrowers are going to be directly exposed to the moves in the RBA cash rate over the next year. 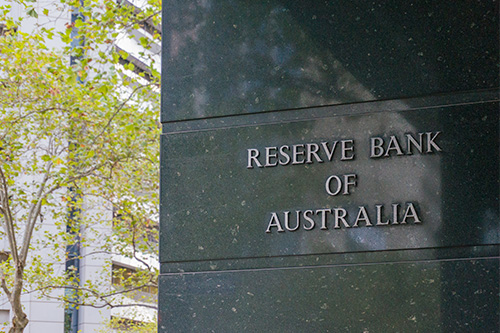 The Reserve Bank of Australia (RBA) could bring the cash rate to 2.6% in February before taking a pause, with around nine in 10 mortgage borrowers possibly getting affected, Westpac believes.

Westpac chief economist Bill Evans said the shift towards higher global rates, particularly in the United States, has led to the lift in the expected terminal rate for the RBA’s tightening cycle.

For context, around 60% of Australian mortgages are on floating rate terms, with three in four of the remaining fixed rate loans set to mature by the end of 2023.

“Effectively 90% of mortgage borrowers are directly exposed to moves in the RBA cash rate over the next year and a half,” Mr Evans said.

“The rate affects borrowers and homeowners through multiple channels, including: the cash flow of existing borrowers; the capacity of prospective borrowers to obtain and service new loans; the wealth effect from associated adjustments in house prices; and via confidence effects.”

This was entirely different to what was happening in the US, where the current surge in mortgage rates only affects new borrowers given the typical 30-year fixed terms of existing borrowers.

Mr Evans said 50bps hikes are expected in July and August, which would bring the cash rate to 1.85%.

The RBA is projected to respond to a “very unsettling” June quarter inflation in its August Board meeting.

Over the remaining months leading to February, the central bank is expected to introduce 175bps increases until the cash rate hit 2.6%.

“After responding firmly to the further significant uplift in inflation – moving the cash rate into the ‘neutral zone’ and signalling a clear commitment to containing inflation and inflationary expectations – we expect the RBA to pause,” Mr Evans said.

Will the RBA cut rates next year?

CommBank head of Australian economics Gareth Aird said financial conditions will continue to tighten over 2023 even without any further rate increases by the RBA, especially with the large, fixed rate home loan expiry schedule.

“Fixed rate borrowers will be rolling off an average fixed rate mortgage of around 2.25% onto a rate with a 4-handle on it in 2023 based on our forecast profile for the cash rate — this will result in a very big step change in the interest cost on debt,” he said.

“Our expectation is that economic momentum will slow significantly under the weight of a contractionary monetary policy setting in 2023. As such we expect to see policy easing on the agenda in H2 2023.”

With this, Mr Aird is expecting the RBA to slash the cash rate by around 50bps anytime during the second half of 2023.