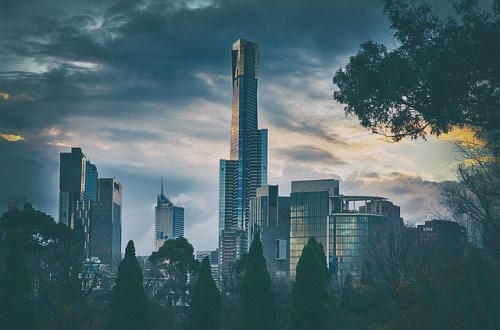 With prices beginning to slide in two of Australia’s most expensive housing markets, is the latest housing boom on its last legs?

The five-year housing boom, which saw prices surge by 75% in Sydney and more than 55% in Melbourne, has led to an affordability crisis. It has also brought housing to the forefront of the political agenda on a federal and state level.

Governments have been intervening more, charging additional levies on one hand and offering stimulus on the other. They’re also trying to control the influence of local and offshore investors due to fears that speculation is making homeownership unfeasible for first-home buyers.

Most analysts don’t expect a crash

The first signs of cooling in the southeastern capitals occurred in April when Sydney’s property prices for houses and units stalled, followed by a 1.3% fall in May, according to CoreLogic. Melbourne recorded a 1.7% drop during the same month.

Boutique fund manager Philip Parker attracted a lot of attention last week when he announced his fund’s decision to sell its share portfolio and return cash to investors. Parker said the “impending property market calamity” in the east coast markets had prompted him to make the surprise move.

Though the Sydney and Melbourne property markets are clearly losing steam, many analysts are dismissing expectations from some circles of an impending crash.

Bulls like Brian White, Ray White’s chairman, have called the theory of a housing crash “rubbish” due to the current climate of low interest rates. White said Ray White had sold $4.4bn worth of homes around the country in May, its second best month on record after hitting sales of $4.5bn in March.

Shane Oliver, AMP Capital’s chief economist, expects Sydney’s housing price growth to slow to around 3% this year; Brian White believes the pace of price growth for this year will slow to 8% to 10%; and Robert Mellor, BIS Oxford Economics’ managing director, forecasts a 2% rise this year, followed by price falls of up to 5% over the next two years.

While the figures vary, the trajectory is similar.

Many analysts say prices are likely to drop modestly or flatline for an extended period, rather than crash completely. A major crash is highly unlikely due to regulators keeping such a tight rein on bank lending practices.

The Reserve Bank’s interest rates are likely to remain flat. Economists expect the next interest rate move (from the current level of 1.5%) to be up, but not until the September quarter of next year, according to consensus figures from Bloomberg.

Banks, in contrast, have been pushing up mortgage rates, mostly for investors, in response to APRA’s crackdown on investor lending.