Rising interest rates and other economic shocks would cause borrowers to default on home loans, taking the banks and the economy down with them, an analyst warns 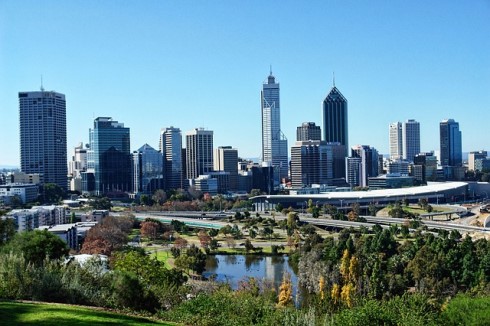 Australian banks appear to be in serious denial about the critical level of household debt in the country, as well as the risk that mortgage stress poses to the economy, according to Harry Scheule, associate professor of finance at the University of Technology, Sydney.

Scheule pointed to recent research from the United States which found that housing markets there were less diversified than previously thought. “This means any house price shocks will likely occur simultaneously across the [United States], causing large cumulative losses to borrowers and banks via mortgage defaults,” Scheule said.

He also cited a comment made by Shayne Elliott, CEO of Australia and New Zealand Banking Group (ANZ) in last week’s Four Corners report, that “the reality is that housing loans are pretty good because they’re quite diverse in terms of lots of relatively small loans across … the country,” Elliott said.

Elliott’s optimistic view is in direct contradiction to the current state of the housing market, according to Scheule.

Because of the population sizes of Sydney and Melbourne, Australia’s housing markets are likely to be even more concentrated than those in the United States, and housing price shocks in Australia would have more lethal consequences for borrowers and banks. Mortgage defaults would also be more severe.

Reducing risks in the housing market

The Australian Prudential Regulation Authority (APRA) has already issued guidelines to the banks on tracking exposure to mortgages and limiting loans to investors, particularly interest-only loans.

An independent review by Stephen Sedgwick, the former public service chief, recommends that banks stop paying mortgage brokers based on the volume of loans they secure, to help reduce risks.

However, these measures might not be enough to ensure security, Scheule said.

“Bank losses during the global financial crisis were in large parts driven by borrowers not being able to make their mortgage repayments. After receiving a loan, borrowers may experience income shocks like loss of jobs or demotion and expense shocks like higher petrol prices or interest rates, that affect their ability to service their mortgages,” he said.

Mortgage contracts in Australia are risky because the banks offer to lend only up to five years at fixed rates, and the majority of existing loans are at variable rates.

With interest rates close to zero, the Reserve Bank is limited in its ability to stimulate economic growth.

“At the moment 23% of consumer expenses are housing related and this number is likely higher for mortgage borrowers and could be growing. Interest rate increases, in combination with the current high debt levels, are therefore likely to increase inflation and trigger further interest increases.”