Thanks to real estate, Ren Wong’s business now has 40% of its revenue coming from outside mortgages as it responds to tough lending conditions

Previously a buzzword, now a pressing issue, diversification is a strategy used by many brokerages to respond to changes in lending and remuneration. For most brokerages that means 10–20% of revenue coming from outside mortgages, but what happens when that number hits 40% and growing?

That’s the case at N1 Holdings, the parent company of N1 Loans, where real estate has become the major growth driver, says CEO Ren Hor Wong. N1 Realty was launched in late 2016 and since then “we’ve refocused very much on the real estate business, the resales and the auctions, because that’s very much how we generate leads for our brokers, at the open inspections”.

Investor lending changes and particularly the banks’ reluctance to lend to foreign borrowers has hit N1’s traditional target clients. “It’s much lower nowadays,” Wong explains. “I’m doing one at 5% LVR; imagine that! ... there is lending happening, but our average loan size has reduced and we have to do more work to achieve the same result.”

The average loan size has dropped from $600,000 to $450,000, with a corresponding hit to commission, but Wong doesn’t see fee-for-service as a way to bridge the gap. “Personally, I don’t think fee-for- service works for residential because people can walk into a branch and get a loan for free, so why would they want to talk to a broker?”

Clients can just as easily save time and money by using comparison sites, Wong says, which is an eventuality he has prepared for by launching his own website, chengdai.com.au, Australia’s first Mandarin-language property comparison site.

Although the tail is now truly wagging the dog, the rise of real estate at N1 is good news for brokers. A surge in listings means Wong needs more brokers. “On a Saturday we could have seven or eight open inspections, but we can’t possibly have just one broker.” N1 took on three new brokers in April and has a dedicated recruiter in-house to carry out its “aggressive” hiring plans.

These hiring plans are achievable because at present controlling costs isn’t a huge concern for Wong. “We’re lucky that we have the trail book and a huge book of property management.” N1 Holdings is ASX-listed, but its share price has remained stable despite the publication of the ASIC and Sedgwick reviews. 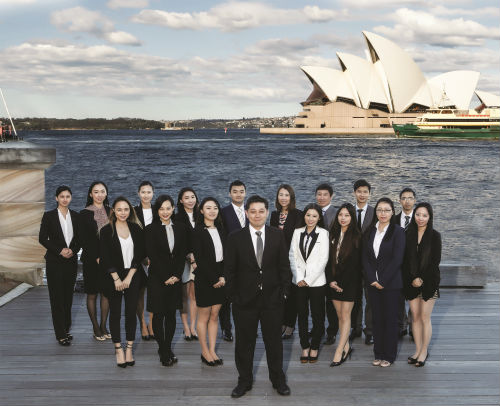