On the face of it, nothing much changed in the past year at Acceptance Finance, says Daniel Di Conza. “It was very much business as usual the last 12 months.” The period 2016–17 was the calm before the storm as changes to investor lending changes are about to bite, Di Conza warns. “We haven’t really seen the impact of that in settlements yet, but we expect to get a reduction.”

The review of remuneration by ASIC and the Sedgwick review are also on Di Conza’s mind. “It certainly caused some concern and confusion in our team.” He’s encouraged by the support for broking in ASIC’s review but concerned by Sedgwick’s call for flat remuneration. “Fingers crossed it’ll be like it was in the late 2000s when a number of entrants left the industry and we got a bit more professional; there was a lot of consolidation at broker level and we might be going through another cycle.”

Aiming to be one of those brokerages left standing when the dust has settled, Di Conza has already begun making changes to Acceptance Finance. The retirement of a member of management provided an opportunity for restructuring.

“Previously we had one sales manager running the whole team. What we’re really doing is dividing the brokerage team reasonably equally amongst the three leaders – the CEO, GM and sales manager.”

This will help brokers get more tailored advice while helping management keep up with an expanded workforce. The new structure aids professional development, Di Conza believes. “We try to keep a step ahead. As your brokers mature and become more competent, I think having a different approach and working with different people in your leadership team is important.”

Being 80% dependent on commissions, Acceptance Finance is vulnerable to changes but is countering this by cutting costs.

“We like to review our costs every year anyway – there’s no point having excess staff or non-productive staff,” says Di Conza, adding that he’s looking at new office premises and using technology to cut down on costs, just as email reduced postal expenses over a decade ago.

While Di Conza doesn’t think commissions will be cut, he is concerned that a reduction in volumes caused by tight lending restrictions could have a similar effect. “I think controlling costs is going to become even more important. When the GFC hit and our commissions changed, we had to change the way we did business; I think we’re probably going to have to do a similar thing.” 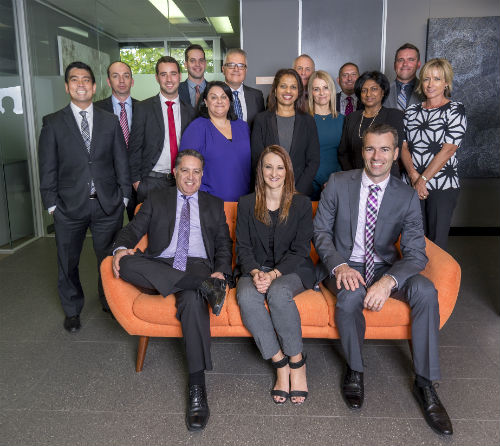