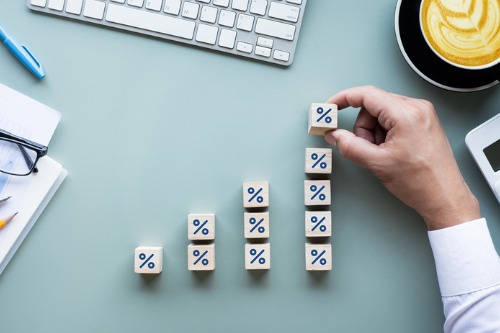 All of Australia’s biggest banks have raised their long-term fixed interest rates in recent weeks, showing that there is some expectation within the banking industry that the current state of affairs with the published RBA cash rate may not continue.

NAB pushed its four-year fixed rate up to 2.19% last week, meaning that all of the Big Four now have higher rates than the symbolic 2% threshold. While some other lenders are still below 2%, at least 30 have gone higher than 2% on longer term loans since the property boom took hold in March.

This raises questions regarding the sustainability of the current 0.1% cash rate set by the RBA. It insists that it will not move on the cash rate until wages growth goes up and unemployment comes down, but clearly some institutions are now hedging their bets.

The cash rate is not the only lever that the RBA can pull. While it is the most publicly understood measure that it can take, there is also the option of bond sales that can give banks access to capital.

As the latest bond period is set to expire in July and a new period begins, it seems that the banks do not think that the next period of bond buying will result in cash being as cheap as it currently is.

“RBA funnelled extra cash into the economy via their risk-free bonds which gave the banks access to historically low funding and resulted in the ultra-low home loan rates we now see,” said Jay Ahluwalia, home loan specialist at YourMortgageBroker. “At this point, many of these bonds are set to mature in April 2024. Any funding beyond that could start to become more expensive so banks need to calculate their risk and cost for any fixed-rate terms that extend beyond that period.”

“Secondly, Australia is seeing a faster recovery heading out of the pandemic; when you combine this with higher-than-expected spending in the budget, signs point to a more positive outlook, reducing unemployment, higher spending, and growth. As per the RBA, the timeframe for all these to reach an acceptable level looks to be 2024 at the earliest.”

“All things falling into place, the cost of funds to the banks will be higher at that point and beyond. You may see interest rates adjust higher in July again. This is why for the consumer it makes absolute sense to take advantage of the offers now and lock something in place if suitable before the cost of other fixed terms starts to creep up as well.”