Major cities and suburbs could be underwater by 2100

Major cities and suburbs could be underwater by 2100

Those looking to buy homes in these high-risk areas should proceed with “open eyes” and take all factors into account, says an expert 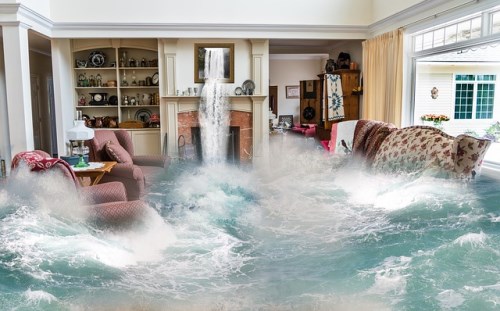 Some of Australia’s most densely populated suburbs and major cities, as well as crucial pieces of infrastructure, could be underwater in a few decades, according to the latest analysis from the National Oceanic and Atmospheric Administration (NOAA), a scientific agency within the United States Department of Commerce.

A newly developed map by Coastal Risk Australia 2100, based on data from NOAA, shows that places like Port Melbourne, Sydney’s Double Bay, the Gold Coast, Cairns, and Byron Bay could be rendered uninhabitable in a few decades by the rising global sea level.

The airports in Sydney, Brisbane, and Hobart are also in danger of being submerged, according to NOAA’s analysis.

In a new report, NOAA said the global sea level would rise a maximum of two metres by the year 2100 if greenhouse gas emissions continue at “business as usual” levels.

Nathan Eaton, principal consultant at NGIS and co-creator of the map, said the latest information showed that the estimated worst-case scenario, predicted in a climate change report published in 2013, is now the most likely outcome.

“We want to give people a chance to prepare, and having this information available is the first step to becoming aware of what challenges their community might have to face,” Eaton said.

The map shows the estimates from 2013 layered against the new information at a high tide scenario.

While the year 2100 might seem too distant to worry about, it would be within the lifetime of the current generation and their immediate descendants, according to Eaton.

Alan Stokes, executive director of the Australian Coastal Councils Association, said the map reinforced how all levels of government needed to start taking sea level risks more seriously. “Anybody in their right mind would have to be worried about what impact that sort of inundation is likely to have,” he said.

Stokes said he was frustrated because the federal government neglected to address emissions levels in the 2017-18 budget.

Stokes also said that those looking to buy in these high-risk areas should proceed with “open eyes” and take all factors into account. “It’d be difficult to ignore the potential risk for people buying into these coastal suburbs. You really need to do your research, have a look at the maps and know what the risk is,” he said.

If greenhouse gas emissions aren’t curtailed, a two-metre rise in the global sea level is not a matter of if, but when, according to John Church, a professor at the University of New South Wales’ Climate Change Research Centre.

A major reduction in the world’s carbon emissions would “substantially reduce what level we’re likely to get to”, Church said.