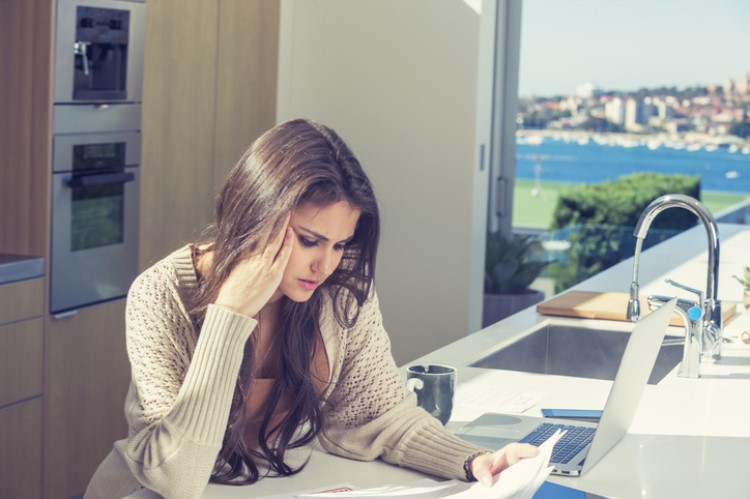 Many factors affect Australians' wellbeing, and a new study by the National Australian Bank shows that debts — both mortgages and other debts — are amongst the most significant detractors and triggers of financial anxiety.

The study shows that mortgages had the fifth most significant negative impact on Australians' wellbeing.

"By age and gender, more women said it impacted their wellbeing negatively than did men in all age groups, with young men rating the net impact positive," the study said, pointing out that this could suggest that many young men do not currently have a mortgage.

It is important to point out, however, that other debt had a bigger negative impact on wellbeing for more Australians than did their mortgages. These other debts include personal loans, investment loans, payday loans, loan from family or friend, and credit card debt.

"Significantly more women in all age groups also said other debt had negatively impacted their wellbeing than men, particularly 18-29-year-olds," the study said.

Australians earning around $75,000 to $100,000 per annum were also more likely to feel the heat compared to those in other income brackets.

Of all the other debts, payday loans were found to cause the most anxiety.

"Interestingly, anxiety from payday loans was causing the most stress for men over the age of 50 who had very little exposure to this type of debt. We suspect this may be reflecting concerns for younger members of their family or their friends," the study said.

Despite the worries brought about by both home loan and other debts, the NAB Australian Wellbeing Index rose to 65.2 points in Q1 2019, tracking above the long-term average of 64.5 points.

"Our sense of life worth continues to add the most to our overall wellbeing. Our life satisfaction also improved and we were happier," the study said.