Home prices in capitals to see strong gains next year

Home prices in capitals to see strong gains next year 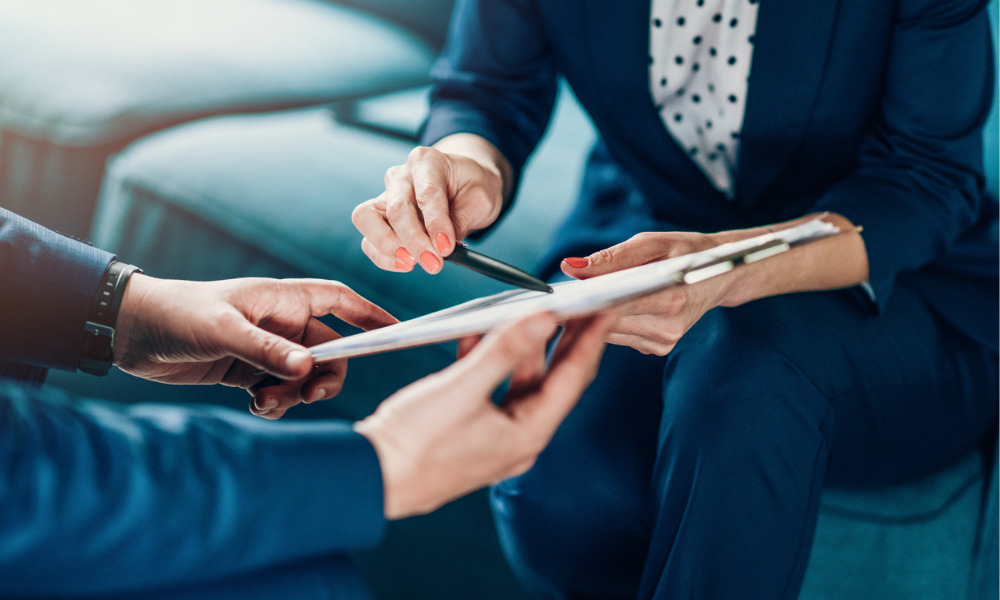 Home prices in capital cities are expected surge in 2021, with aggressive government stimulus, interest rate cuts, and the upcoming changes to responsible lending laws playing major roles in the recovery, according a new report by SQM Research.

The research firm’s latest Housing Boom and Bust Report outlined a range of scenarios for the property market next year, predicting dwelling prices to rise between 5% and 9%, with Perth the stand-out performer, followed by Sydney and Adelaide.

According to the study, the best-case scenario would see the cash rate remain at 0.1%, the Reserve Bank expand its quantitative easing (QE) program, a containment of a third wave COVID-19 infections, a progressive vaccine roll-out, and an extension of JobKeeper until Q3 of 2021.

The research also found that an extension of JobKeeper was crucial in sustaining the momentum of housing recovery, because if it is scaled back too prematurely, the market in Sydney and Melbourne could stall.

The report forecasted Perth home prices to jump between 8% and 12%, while Sydney prices were predicted to rise from 7% to 11%. Adelaide prices are also expected to experience strong growth of between 6% and 10%.

Melbourne dwelling prices were predicted to increase at a more subdued rate of 2% to 6%, partly due to the extended lockdowns in Victoria, which had an adverse impact on many small businesses and employment recovery. 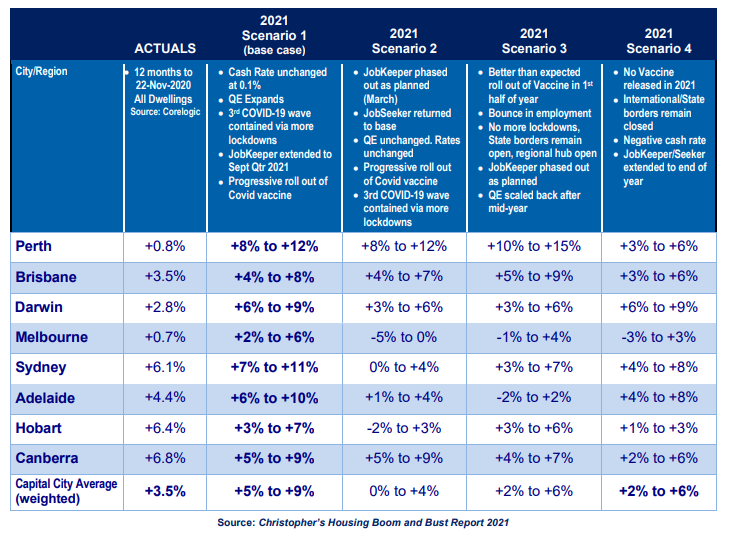 “Auction clearance rates have lifted since mid-year and various dwelling price measurements have started to record price rises. It is likely that the housing market will gain further momentum on the back of increased investor activity, especially from those who seek some sort of income yield.”

However, Christopher admitted that he had misgivings on the longer-term consequences of JobKeeper, despite backing for its extension.

“If housing is regarded as an asset class that is not allowed to fall, Australia could have some rather serious social issues surrounding home ownership rates over the long term,” he said. “In the meantime, risks have risen that this new recovery will be one of the more speculative rises seen in some time.”

“Let’s keep in mind unemployment remains elevated and net migration is expected to be negative next year. We have a surplus of inner-city units in our two largest cities. And if there was another negative macro event in 2021, there is not much room left to cut lending rates further.”

Christopher also expressed concern with the general thinking that the government would never let the property market fail.

“Many in the community are starting to think they cannot ever lose on housing. That the government will always be there to step into the housing market if need be,” he said. “And that is a scary idea.”