Has your mortgage rate gone up more than others?

Has your mortgage rate gone up more than others?

The amount of hype about home loan interest rates is making it easy to panic and make a rash decision to switch loans. Instead, use these four key facts to make sure you come out in front. 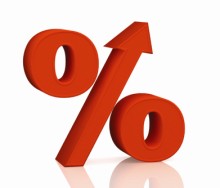 The amount of hype about home loan interest rates is making it easy to panic and make a rash decision to switch loans. Instead, use these four key facts to make sure you come out in front.

The Big Four banks copped all the bad press for increasing their home loan rates even though the RBA didn’t move the cash rate. But the big banks weren’t the only culprits.

In summary, the small banks and non-banks in fact had a larger average rate adjustment than the Big Four, while mutuals were more inclined to keep their rates steady.

Opportunism is seen as the main reason why so many lenders hid behind the Big Four and basically made the same move.

When the non-banks originally entered the market, the big, established lenders suggested that they would entice customers with unbelievably low rates but then they would gradually increase those rates so you’d end up paying more than if you stuck with a big bank. This, in fact, has not been the case. Most non-banks and mutuals have kept their rates highly competitive over the long term.

The top five standard variable home loans are listed in the table below.

The ANZ Bank announced late last year that it would be making its own decisions about interest rates on the second Friday of each month, independently of the Reserve Bank. Westpac CEO Gail Kelly has been quoted as saying she thinks this move by ANZ has been most helpful for its competitors.

It seems all the other lenders are going to wait and see what the ANZ does before they make any adjustments to their own rates.

The Reserve Bank continues to argue that there is no need for an interest rate adjustment but banks and other lenders may increase their rates again depending on how they perceive funding pressures. In this regard, the mutuals have a competitive advantage because they source a higher percentage of their funding from customer deposits.

Unless something catastrophic happens in the world economy, the Reserve Bank is now expected to keep the official cash rate on hold well into 2012. The RBA sees the whole economy as a very big ship and big ships turn slowly, so unless we hit an iceberg we’ll probably stay on a steady course.

Meanwhile, the banks, mutuals and non-banks may make further, albeit small, adjustments to their home loan rates in reaction to market changes such as the ongoing sovereign debt situation in Greece and the price they have to pay for funding in the global marketplace.