The Australian Securities and Investments Commission (ASIC) has launched a campaign to help reunite Australians with their unclaimed money. 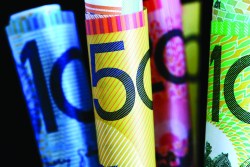 The Australian Securities and Investments Commission (ASIC) has launched a campaign to help reunite Australians with their unclaimed money.

Currently the pool of unclaimed money has risen to a record level of $636mn, which is over $28 million more than 2010.

An additional 157,431 parcels of money have been lodged this year and added to the database administered by ASIC.

You may have unclaimed money if you:

If you can't find the money you believe you are owed, ASIC may be able to conduct a more comprehensive search on your behalf. Contact their info line on 1300 300 630 for details.