Higher fixed rates and rising affordability concerns are starting to cause declines in quarterly price growth particularly in inner-city areas. 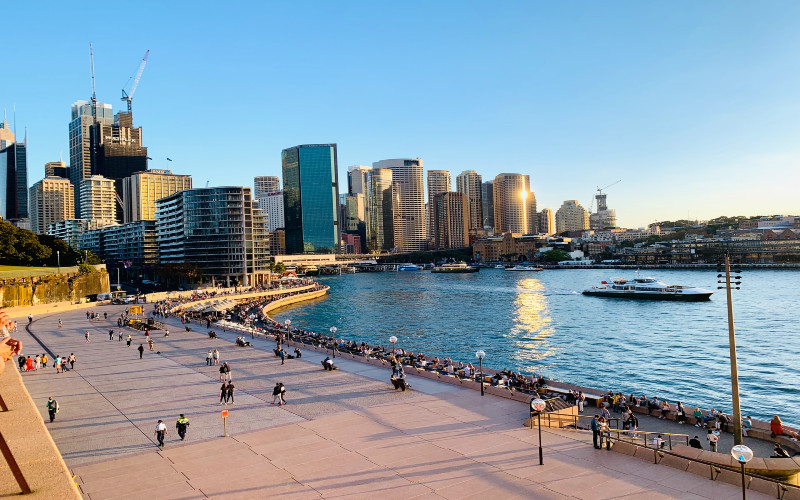 The top end and inner-city markets were the first to show signs of price declines as fixed rates continue to edge higher and affordability concerns arise.

CoreLogic head of research Eliza Owen said these higher-end areas have emerged as the first suburbs to experience a shift in market conditions.

“It is likely that slightly tighter lending conditions and higher average fixed rates are hitting the very top of housing markets first,” she said.

“These same areas are seeing some of the bigger jumps in advertised stock levels too so as we see new demand for housing in these areas decline buyers have more choice, more time for decision-making, and more power at the negotiating table.”

The higher-end and inner-city suburbs in Sydney and Melbourne led the shift in market conditions.

In fact, of the 917 house and unit markets analysed in Sydney through the March 2022 quarter, 38.6% recorded a decline in value.

More than half the declines were reported by housing markets.

Beaconsfield, which is five kilometres south of Sydney’s CBD, reported one of the highest decreases in housing values at 7.2%.

Meanwhile, almost half of the 648 house and unit Melbourne markets reported a price drops during the quarter.

The inner-city suburb of Cremorne registered the steepest decline in Melbourne at 6.4%.

Ms Owen said Melbourne has already posted two monthly market declines in the past four months, leading to the city shifting into a downswing phase.

“Quarterly declines have been more skewed towards the inner and inner-east of Melbourne, as higher fixed mortgage rates and affordability constraints may be seeing demand slip from the very top end of the market,” she said.

“This pattern is mirrored across Sydney, and it’s a pattern that has been observed through previous cycles.”

Some of the strongest house price gains are recorded by markets south of Brisbane River, which include Acacia Ridge, Capalaba, and Yeronga.

The biggest performer, however, was Logan Central, where house prices increased by 13.5%.

“Conditions across south east Queensland continue to be supported by strong interstate migration from those relocating from NSW and Victoria and the relatively affordable housing stock,” Ms Owen said.

“For those migrating from the southern states, a typical house in Brisbane was $857,000 in March, significantly less than Sydney’s median of $1.4m.”

Meanwhile, the most stellar gains in Adelaide were recorded in Largs North, Ottoway and North Haven, which are located close to breweries and beaches.

The median dwelling value in Adelaide was $602,000 at the end of March, making it the country’s third most affordable capital city behind Perth and Darwin.

Perth and Darwin, despite witnessing some of its markets reporting a decline in value, still enjoyed an overall gain during the quarter.

Canberra, perhaps, had the strongest unit market among all capital cities.

During the quarter, no suburbs in Canberra reported a decline in unit prices.

“This is due to relative affordability compared to the house segment, as well as increased investor participation in housing markets, as rents rise and units generally offer better gross rent yields,” Ms Owen said.

Meanwhile, Hobart is likely to benefit from the tailwinds that could support long-term capital growth across Tasmania.

“While migration trends to the state have not been as favourable since the onset of COVID-19, eased travel restrictions may see a more robust return in domestic and international tourism, which would support economic conditions, and likely further tighten the rental market,” Ms Owen said.

Photo by @jshutter on Unsplash