Could you be falling for a fixed-rate trap?

Could you be falling for a fixed-rate trap?

Three-year fixed rate home loans are currently some of the best deals available for new borrowers but could they be a trap? 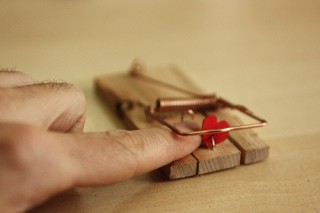 Three-year fixed rate home loans are currently some of the best deals available for new borrowers at the moment but could they be a trap?

Consider the latest deal from myrate: a three-year fixed rate of 6.05% (comparison rate 6.27%), $0 upfront and ongoing fees and unlimited free redraws. Sounds like an offer you shouldn’t refuse.

By comparison, today’s best variable rates are 6.29% from Bankwest (for a limited time only) and loans.com.au.

However, independent property investment commentator, Michael Lee from keyfacts, says there’s another reason for the latest competition between lenders in the fixed-rate arena.

Exit fees have been banned on new variable rate home loans since 1 July 2011 but don’t be mistaken about the costs involved in exiting a fixed home loan deal early.

The fact of the matter is that if you decide to fix and need to get out of the deal early, you cannot do so without a substantial amount of financial pain because break costs will still apply.

These costs are not transparent and the way they are calculated changes from one lender to the next but they can run into thousands of dollars, depending on how far in to the fixed period you are when you decide to exit.

Lee says one reason that lenders are offering more competitive fixed rate deals is to to lock more borrowers in for longer periods because break costs make it prohibitively expensive to switch loans when a better deal presents itself.

Consider this scenario. You lock in to that attractive 6.05% fixed-for-three-years deal today. However, economists’ predictions are right and by the end of this year the official cash rate falls a whole 1%.

Maybe some lenders don’t pass the whole 1% rate drop on to their customers but others do Suddenly the best variable rate deal available is 5.29% and your three-year fixed rate doesn’t look so attractive. Then your household loses an income due to unemployment and you find you could really do with a cheaper home loan.

How much would it cost to break a typically three-year fixed deal?

Your lender will take the following factors into consideration when calculating your break cost:

One way a lender may calculate your break coast is:

That’s a $13,800 penalty for breaking your home loan agreement early.

It’s easy to assume that your circumstances may not change drastically in a three-year period but it is still worth finding out what the break costs would be before signing up to a fixed rate deal, even if it appears to be the deal of a lifetime.