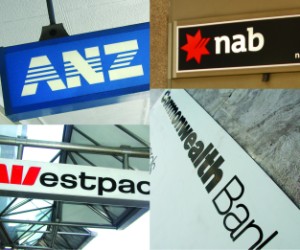 Following the release of the Royal Commission's recommendations, Australia's biggest lenders — ANZ, Westpac, NAB, and CBA — are about to face increased scrutiny, with the House of Representatives Standing Committee on Economics planning two public hearings next month.

The public hearings, which will happen in Canberra on March 8 and 27, will be spearheaded by Tim Wilson, chair of the committee. He said these hearings will provide an important mechanism to hold the four banks to account before the Parliament.

"These hearings will, in particular, provide an opportunity to scrutinise the banks on the findings of the Royal Commission into Misconduct in the Banking, Superannuation and Financial Services Industry," he said.

The Royal Commission made 76 recommendations that federal Treasurer Josh Frydenberg promised to uphold. Aside from the concerns about mortgage broker commissions, the Royal Commission also suggested setting up a one-stop shop for consumer complaints as well as vesting new powers and resources for the Australian Competition and Consumer Commission to investigate competition issues surrounding interest rates.

The public hearings will be streamed live and can be watched here.

Below is the schedule of the hearings: