On any given night, more than 2,000 Australians over the age of 75 are sleeping on the streets 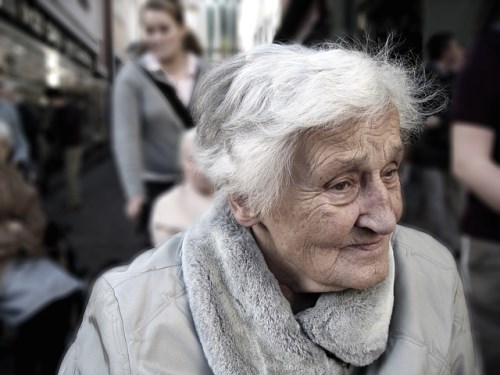 With the plight of first-home buyers dominating the housing affordability debate, the Turnbull government is paying insufficient attention to the plight of the more than 15,000 homeless seniors, Murray said. “As hard as it is for young people to get a foot on the property ladder, it’s even harder for pensioners and low to middle income renters to get a foot in the door ... any door,” she said.

Private rental accommodation is now more expensive than owner-occupied accommodation. According to the Australian Institute of Health and Welfare, people who rent spend more of their income on housing than people who shoulder a mortgage. “Sadly, 60% of people on low incomes, like pensioners, experience rental stress,” Murray said.

Murray went on to ask why governments at all levels are so singularly focused on the plight of younger first-home buyers while virtually ignoring the equally serious plight of pensioners and low to middle income renters.

“In a country that prides itself on ‘a fair go’, perhaps we feel it’s unfair for a young hard-working couple, with lives full of hope and opportunity, to have slim chance at owning their own home,” Murray said. “More unfair than the plight of a homeless pensioner who ‘had their chance at life’ and should play the cards they’ve been dealt.”

Homelessness Australia estimates that more than 2,000 Australians over the age of 75 are sleeping rough on any given night. Many of the displaced are widows who wind up destitute after husbands pass away.

A couple reliant on a full age pension live off just $650 a week, and when a spouse passes away, this pension drops to just $440 a week. This prices many single pensioners out of a two-bedroom rental unit in Sydney.

“Surprisingly, housing choices for pensioners who live in their own home are also limited. Many are languishing in empty family homes, too afraid to make a change through fear of the unknown or, for many, the real risk of losing their pension,” Murray said.

While the government is considering taking up the Property Council of Australia’s proposal to quarantine a portion of home sale profits from the age pension asset test, Treasurer Scott Morrison is examining the situation through “the first-home buyers’ lens,” eager to free up underutilised family homes for the younger generation.

“Instead, he should be seeing the potential of this proposal to increase housing choices for older Australians, and ultimately enhance their health and wellbeing,” Murray said.

Murray said the government could significantly help beleaguered seniors by providing affordable, age-friendly housing solutions. There are health benefits and economic benefits to such an arrangement.

“People who live in age-friendly housing, like retirement villages, require fewer GP and hospital visits and delay demand for residential aged care by over six years,” she said.

Providing such housing would also save the government up to $2.16bn in healthcare costs, according to the Retirement Living Council. “[More] importantly, people who live in socially-connected, age-friendly housing report feeling happier, they also have a greater capacity to self-fund aged care,” Murray said.