Over 1,500 managed funds have been ‘terminated’ in the past two years. YMM investigates what this means for small investors. 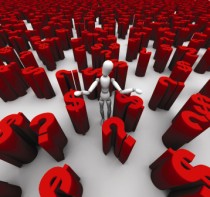 Over 1,500 managed funds have been ‘terminated’ in the past two years. YMM investigates what this means for small investors.
A ‘terminated’ fund refers to closing down a managed fund, selling the assets and distributing the proceeds to the investors, or transferring the assets internally. A fund may be terminated because it is relatively small, poorly capitalised or has been bought out by another fund.
Last year, 224 managed funds were terminated (2.27% of all Australian funds). This was nowhere near as high as the 1,301 that were shut down in 2010, but a nudge lower than the 287 that were terminated in 2007.
So what do these termination figures tell us? Morningstar’s Phillip Gray says that managed funds are not on the decline.
“It actually represents the gradual consolidation of managed funds, largely due to mergers and acquisitions,” says Gray.
Mergers and acquisitions have led fund managers to downsize their products for about the past two years. IOOF, for instance, has a large acquisition program under its belt – as part of its acquisition of fund managers Australian Wealth Management and Skandia, IOOF terminated 28 funds last year and 1,018 funds in 2010 (with each of those funds worth an average of $3.84 million).
So how does a terminated fund impact investors?
“More often than not, investors will experience a loss in capital,” says Andrew Jones from Eureka Financial Group. The degree of capital loss depends on how much you receive back in proceeds.
Jones says investors may question their ability to invest and stick their money in risk-free assets such as term deposits.
“The psychological shock is a normal process that can go in one of two directions: either the investor accepts the loss and continues to diversify their money, or they will forever remain ‘stuck in the headlines’ and keep all their money in the most defensive assets”, Jones says.
In any outcome, there are significant tax implications for investors in a defunct managed fund. Gray recommends that anyone who has their fund terminated needs to discuss their tax situation with a financial planner.
The main thing you need to look at is capital gains and losses made by the fund as they can have a major impact on your assessable income in any one year.
The Australian Tax Office (ATO) says investors should refer to their distribution statement to determine whether the distribution is assessable or non-assessable.
-- By Stephanie Hanna