Don't keep up with the Joneses; they're broke

Don't keep up with the Joneses; they're broke

Spending money for the sake of flaunting wealth used to be an activity reserved for celebrities and millionaires- yet somewhere along the way it crept into suburbia. 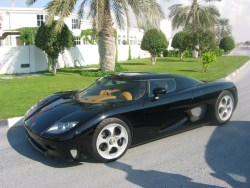 Spending money for the sake of flaunting wealth used to be an activity reserved for celebrities and millionaires – yet somewhere along the way it crept into suburbia.

Seemingly, if you don’t have an iPhone, a 50-inch plasma, send your kids to private schools and have a new car sitting in the driveway you’re not in 2011.

Yet, as a nation, we owe more than $40 billion to creditors – put simply, the emperor has no clothes.

Richard Denniss, David Baker and Dr Clive Hamilton from the Australia Institute argue in their report Wasteful Consumption in Australia that every year Australians spend $10.5 billion on goods and services they do not actually benefit from, such as shoes, dvds and clothes.

Additionally, researchers continue to discover scientific links to the notion that money really doesn’t buy happiness. In their book Affluenza, Hamilton and Denniss argue that Australians are actually spending themselves sick! They found that the race for materialism brings more stress, weaker family and community bonds, an outbreak of lifestyle diseases, as well as serious environmental degradation.

The Joneses are broke

Many of the people driving around the suburbs in their new cars are actually deeply in debt. Statistics have shown that in the past decade household debt has been at record highs when compared to household income.

A survey conducted by Newspoll indicated that nearly two-thirds of Australians cannot afford to buy everything they need, and even struggle with groceries. Yet, the World Bank cites Australia as having the twentieth highest per capita income in the world*.

If Australians are supposedly so rich, how can there be such a grim outlook?

It's simply a matter of people spending way more than they earn. If you can “afford” life's luxuries but aren't adding to your super and maximizing your retirement savings, now is the time to revaluate your financial situation.

• The desire to show off our success

• The need to have what other people have

• A society that lives outside our means

The big house and expensive tech toys may be flashy and seem nice, but would it be nicer to know that the future of your family is secure?

If you've got a healthy superannuation fund growing, investment projects and plenty of cash, by all means spend.

However, if you're concerned about how you’re going to pay back your debts, you need to carefully reevaluate your spending habits today.

*According to the World Bank Development Indicators 2006.