Don’t be a scam victim

Don’t be a scam victim

Scammers don’t take a break during summer so if you don’t want to start the year being duped or ripped off, stay alert to these latest scam trends. 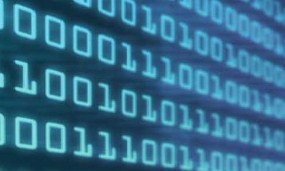 Scammers don’t take a break during summer so if you don’t want to start the year being duped or ripped off, stay alert to these latest scam trends.
YMM spoke with the NSW Minister for Fair Trading, Anthony Roberts, to identify the biggest scams around at the moment and find out what you can do to avoid becoming a victim.
Internet and mobile phone scams are the most cost-effective method for con artists. “The days of receiving a dirty old brown envelope with a Nigerian stamp on it are almost gone,” Minister Roberts says.
The most effective SMS scams invite and engage users to respond to a competition or products such as mobile phone ringtones. Such messages may not all represent scams, but these are sophisticated and legal ways to extract money from people (as little as 50 cents).
As soon as someone responds to the scam once, it’s difficult to end - even if you’re messaging them to stop. Such phishing scams comprise about 35% of all scams. Understandably, new mobile phone users - young kids and teenagers - are most at risk of SMS and Internet scams.
“If you don’t know who the online or SMS message is from and you haven’t initiated the contact, ignore it,” says Roberts. “Don’t dial 0055 or 1900 numbers unless you know how much you’ll be charged.”
One scam that’s recently popped onto the SCAMwatch radar is a website that pretends to be the Federal government’s Department of Climate Change. The fake government website is fsasshoes.co.cc and may have copied government logos or images of Australian symbols. Don’t be fooled - the site is not the real deal. If you want to visit the real Department of Climate Change website, it’s climatechange.gov.au.
There are also websites that offer to provide Australians with a birth, death or marriage certificate for a fee, but never deliver. These certificates can only be provided by the Australian government, not a private business (no matter how legitimate it is).
All official Australian government websites will always include “.gov.au”. If you want to find any government website, start your search at australia.gov.au.
Internet romance scams continue to devastate the hearts and finances of Aussies, with 1,600 people losing $17 million in online dating last year. The golden rule is to avoid giving your financial details to any person you meet online, regardless of the personal connection that’s developed between the two of you.
The more traditional phone scams are still around, where someone calls you and claims they are from your bank, or says they’re from the Office of Fair Trading. They then claim you are owed some money and ask for your bank account details to make sure you receive the imaginary funds.
Another prominent incident involves individuals being asked to send money overseas, often through Western Union. Since Western Union is a business that facilitates legitimate transactions, victims are unable to reclaim that money.
‘Travelling conman’ scams tend to be targeted to more vulnerable or elderly people. This refers to scammers who come to Australia after stints in the UK or US. They pretend to be a domestic cleaner but steal personal belongings.
Minister Roberts also highlights the prevalence of identity theft, commonly linked to criminal gangs. They could be going through the letter-boxes of a certain street to gain access to personal information and steal funds. This can easily be handled by buying a padlock for your letter-box.
One in 20 Australians have been ripped off by a scam, whether it is from the Internet, mail, phone or in person. However, the actual number is expected to be much higher, since many victims do not know how to report the scam or are too embarrassed to do so.
The SCAMwatch website is one valuable resource for those wanting to improve their awareness of scams. Last November, NSW Fair Trading went mobile and launched the ScamBuster app for Androids and iPhones where people can report if they’ve been duped or ripped off and find out more up-to-date information about scams.
If you think you have been on the receiving end of a scam, you can call NSW Fair Trading at 13 22 20, or report online at the SCAMwatch website.
-- By Stephanie Hanna