Could solar save you?

Could solar save you?

Electricity costs could double over the next decade so it makes sense to have a good look at installing a solar panel system on your roof. Here’s how government incentives can work for you. 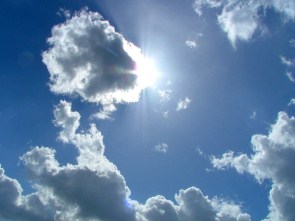 Electricity costs could double over the next decade so it makes sense to have a good look at installing a solar panel system on your roof. Here’s how government incentives can work for you.
A 1.5kW solar panel system could generate around $1000 a year to be offset against your power bills or received as cash.
“At the moment, basically everywhere except NSW, solar power represents a fantastic financial opportunity,” explains Raman Voloshin, general manager of sales for Solar Free. “On average it takes between four and six years for solar panels to pay for themselves, but in the ACT it’s less than four years.”
Government help
Two types of government assistance are available to help with the costs of going solar.
The federal government provides a rebate on installation costs in the form of Small-scale technology certificates (STCs). Each certificate is worth $40 and the number you receive depends on the size of the system.
Certificates are usually exchanged with the solar panel supplier as a discount on the purchase price but can also be held and sold independently through an online STC clearing house, or directly to a buyer such as an electricity company who may need a certain number of certificates to offset their pollution.
Each state government nominates an amount it’s prepared to pay for the energy your solar system supplies back to the grid (called a feed-in tariff.) In all states except NSW feed-in tariffs are at a premium to the cost of electricity so solar panel owners currently profit from the exchange.
Depending on your energy supplier, money made through solar panels can be used as credit against power bills or received as cash.
How much will I get back?
This will vary from state to state but here’s an ACT example:
Over 20 years, a 1.5kW solar panel system could put $800 a year in the pocket of a Canberra home owner.
Cost of a 1.5kW solar panel system: $10,000 (quotes vary from $6000-15,000 based on quality and supplier.)
Federal rebate: $3720 worth of Small-scale technology certificates (As of mid may, ACT/NSW fall under Zone 3 entitled to a three times multiplier, the calculation: 3 (1.5 x 1.382 x 15) = 93 certificates $40 value each
Total out of pocket expense for installation: $6280
Annual return on solar electricity supplied to the grid: $1000 (In the ACT, the current price of regular coal-powered electricity is 22c. But the government offers a feed-in tariffs of 45.7c per kWh for electricity supplied by solar. This is a 23.7c return on every kWh supplied. A 1.5kW system produces an average of 6kWh/day (based on annual average) or 2190kWh/year with a dollar value of just over $1000.
Based on an initial outlay of $6280 it would take just under four years for the system to pay for itself and after that would be saving $1000 every year for the remaining 16 years of a 20 year contract with the state government. Total savings $16,000, and an annualised saving of $800 over 20 years.
HOT TIP:
Small-scale solar PV systems installed between 9 June 2009 and 30 June 2014 will fall under the Small-scale Renewable Energy Scheme (SRES).