Investing for income in the share market is a strategy increasingly taken up by cautious Aussies. Your Money Magazine picks the best stocks that will generate you income in the longer term. 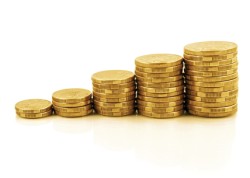 Investing for income in the share market is a strategy increasingly taken up by cautious Aussies. Your Money Magazine picks the best stocks that will generate you income in the longer term.
With the European debt crisis showing fewer signs of improvement, more people are buying stocks in reliable, established companies that have a consistent track record of delivering solid dividends.
Traditionally, the infrastructure and utilities sector has been an attractive sector for dividend investors, as it’s an industry that’s traditionally been removed from market sentiment and volatility while delivering consistent revenue streams. However, there are great stocks to be had in other sectors for income investors.
Another key reason for pursuing the dividend-investing strategy is the shares of most ASX-listed companies are fully-franked, meaning shareholders don’t pay tax on the dividends they receive.
Which stocks should you dive into?
1. Woolworths (WOW)
According to Morningstar, annual growth in Woolworths’ earnings per share (EPS) and dividends per share (DPS) is over 17% - an outstanding return for shareholders over the past 10 years.
The company is characterised by exceptional management. For example, the ‘Project Refresh’ strategy cut costs by about $8 billion in the decade to 2010.
Primarily involved in necessity goods – food and liquor – Woolworths is largely considered a defensive stock that has branched out to other industries. Woolworths was one of the few stocks to be given a “wide” moat rating by Morningstar, meaning the company has a clear competitive advantage
2. Telstra (TLS)
Telstra has also traditionally had a strong competitive advantage as holding a significant share of the telecommunications market. With a less-than-impressive share price, it’s all the more reason to invest in a company that has a strong return on equity and a history of consistent dividend payments
3. Spark Infrastructure Group (SKI)
This is an infrastructure fund that invests in utilities such as electricity, gas and gas transmission. Investors can expect stable returns as Spark operates in a regulated market (where prices change every five years) with little competition. Although Spark’s dividends aren’t franked, yields remain impressive at just above 7%.
4. APA Group (APA)
APA is heavily involved in energy-related infrastructure. It holds interests in 25% of Australia’s natural gas transmission pipelines and is the country’s largest natural gas infrastructure firm – which is a big deal, since gas is a rapidly growing source of energy in Australia. Dividend yields are at 6.3%, making it a top choice for dividend-seeking investors.
5. Commonwealth Bank of Australia (CBA)
The Commonwealth Bank is the country’s biggest retail bank. Its Core Banking Modernisation (CBM) program has improved efficiency by replacing its IT with real-time banking services that set up accounts faster – leading to better customer experience. Yields are at a solid 7%, while the return on equity is almost 20%. It issued a whopping $3.5 million in covered bonds earlier this week, which can be seen as a clear strategy for dealing with the rising cost of funding.
6. Envestra (ENV)
Envestra is one of Australia’s largest natural gas distributors; it charges retailer firms to transport natural gas through several Australian states. Given it operates in a monopoly environment; it has a strong and reliable cash flow. Dividend yields are just below 7%, and DPS is expected to gradually increase next year.
7. Wesfarmers (WES)
Wesfarmers is a highly diversified company, stretching from retail to coal mining. Although its returns in 2011 were not excellent, impressive dividend yields were pumped out anyway at 6.3%. Morningstar predicts the yield will rise to 6.6% over the next year. Wesfarmers has benefited from the revamped Coles as well as stronger earnings from its coal mining operations.
-- By Stephanie Hanna