What to know about buying a home with other people

What to know about buying a home with other people

Co-ownership can help you buy a much more expensive property, but you need to be aware of what can go wrong 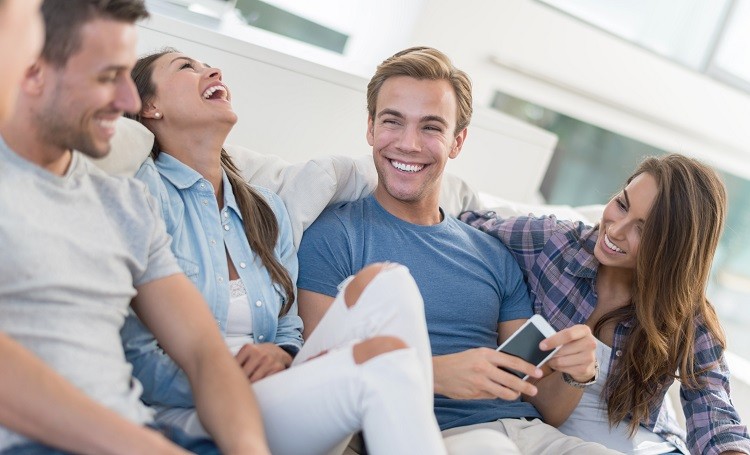 For some people, going in on a property with family members or friends can be a great idea, since the combined income and deposit can allow you to purchase a significantly nicer property than you could manage on your own. Co-ownership is not unlike buying a home with a spouse, except for one important difference – typically you and your spouse will make property decisions in unison and harmony, which may not be the case with a friend or family member.

When going in on a property with a non-romantic partner, there are certain steps you have to take to ensure that, if the relationship goes south or there is a disagreement over what is to be done with the property, it doesn't all devolve into shouting and time-consuming legal action.

Once all of the owners have had a chance to discuss any eventualities they can imagine, a solicitor or conveyancer can be hired to write up a formal agreement, which should provide guidance on how to proceed with most major situations, positive and negative. This is known as a Co-Ownership Agreement.

Draw up a Co-Ownership Agreement

A Co-Ownership Agreement is, as its name suggests, the document that defines the relationship between the owners of the property. This will cover, among other things, how the ownership of property is divided – it doesn't have to be an equal split – between the owners, how it will be used, how decisions will be made about the property, and so on.

The most important things to cover in a Co-Ownership Agreement include:

Are you 'Tenants in Common' or is it a 'Joint Tenancy'?

This concept can be a little tricky to grasp, but this might be the most important point to pin down prior to going in on a home with a family member or friend. Needless to say, it's very important to keep these terms straight when you're drafting the agreement up.

This distinction is for co-owners who want to have a defined division of ownership over the property, as well as the autonomy to deal with third parties regarding their portion of the property without obtaining permission from the other owner(s).

For example, you could lease your portion of the property to some one else without asking permission from the other property owners (although that could be considered rude).

On the other side of the line is Joint Tenancy. Unlike being a Tenant in Common, where each person owns a percentage of the space, a Joint Tenancy has equal ownership for each member. Everyone has a say over every aspect of the property, or "everyone owns all of it," if you like.

The biggest difference, as you might assume, is that Joint Tenants are effectively functioning as a single owner, and may not deal with third parties independently of the group. Because of this, acting together to make decisions about the space is at the heart of Joint Tenancy.

Who will be on the mortgage?

This is often the big question many prospective buyers have about co-ownership: it's one thing to say you want to finance a property as a group, but it's another to know how the mortgage will actually look. As you might imagine, the entire group will be assessed for their borrowing capabilities, rather than on an individual basis.

As such, all of the borrowers will be on the lease, meaning that they will be jointly and severally liable for the loan – in other words, the bank assumes everyone on the loan will be 100% responsible for the loan, and if your partner can't pay their share you'll be expected to cover it.

What happens if someone can't meet their obligations of ownership?

The Co-Ownership Agreement should cover what to do if someone falls behind or can't contribute their share of property upkeep – the most common example of this is maintenance, but it could also be making sure that they're paying their fair share of the utilities bill or contributing to a vacancy fund (money set aside by the owners of a rental property to cover the costs of the space when it has no tenants).

What happens if one of the owners wants to sell?

While each owner may be entitled to a particular percentage of the property, they may not find it very easy to sell their 20% – to pick a percentage – one-fifth of the value of the space.

More usually, the Co-Ownership Agreement will outline the ways that owners can either sell their percentage of the property (often with a right of first refusal to the other owners) or to force the sale of the entire property. It will also usually provide guidance for the sale price between co-owners, which may or may not be different from the current market rate.

Know where each owner stands and what they want.

This is the key to making it all work out as smoothly as possible. If every owner is on the same page, everyone will have an idea about how any unpleasant eventualities that may occur will be handled, because there has been good communication and an agreement to guide their conduct.

No matter what a person wants out of the property, it's important for each owner to carefully measure the legal implications of this arrangement before they decide that going in on a property with a friend or family member is the way to go for them.